The crÃ¨me de la crÃ¨me of Australian designers showcased their wares at the recent L’Oreal Melbourne Fashion Festival, as models, celebrities and fashion-conscious consumers headed along to catch a glimpse of the latest trends and styles.

By Lesley Slade
THE crÃ¨me de la crÃ¨me of Australian designers showcased their wares at the recent L’Oreal Melbourne Fashion Festival, as models, celebrities and fashion-conscious consumers headed along to catch a glimpse of the latest trends and styles.

Department store David Jones kicked off the runway shows at the Docklands, followed by a preview of Alex Perry’s spring summer 2012-13 collection.

Perry says he drew inspiration from the Italian island of Sardinia, while also referencing a 1940s feminine feel.

Structured corset dresses overlaid with embellished beaded slips evoked nods of approval from the audience and the soundtrack even featured “I Wanna Dance with Somebody” — an homage to the late great Whitney Houston.

Soft nude tones were well utilised on their own and also paired with metallic embellishments and black for contrast. 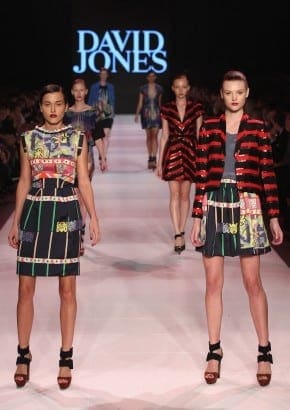 Staple colours of black and grey were offset by pops of colour including coral, sky blue, butter gold and mint green.

In a refreshing move, Mullins is now an international ambassador for L’Oreal.

The champion athlete, actress, motivational speaker and bilateral amputee from America is a much-needed dose of reality for the fashion industry.

Dita Von Teese jetted into town to strut her stuff and show off her new lingerie line Von Follies, in collaboration with Target Australia.

The raven-haired, red-lipped, burlesque star will be expanding the line to the UK later this year. 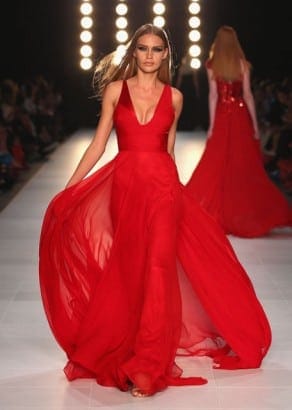 One thing is for sure, this much colour is not often seen in winter collections but it can only make for an exciting season ahead during those cold, dreary days.