‘Landscape as character’: Explore Australia at BFI with Shifting Sands

The Australia: Shifting Sands film program at the British Film Institute’s London Southbank centre this September explores the emergence of Indigenous filmmaking and the idea of 'landscape as character'. 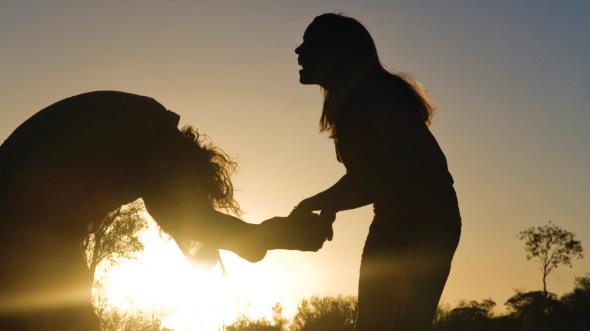 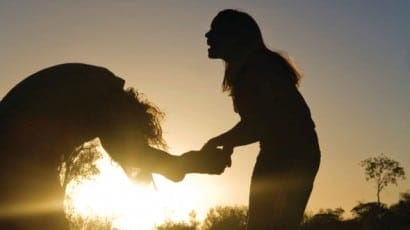 BFI Head of Exhibition Clare Stewart knows better than most the inextricable link between Australians and their landscape, having been born and raised in the small country town of Korumburra in Victoria, Australia.

It is fitting therefore she has designed a unique cinematic event for London’s BFI in September; a Shifting Sands programme which will celebrate and explore the story of Indigenous Australia through the medium of Indigenous filmmaking, focussing on the idea of ‘landscape as character’.

Running alongside the Royal Academy’s Australia exhibition, a major event representing the history of Australian art, September and October will see the UK experience the Australian landscape like never before.

“The story of Australia, of Australian art, and its people is inextricably linked to its landscape: ‘an ancient land of dramatic beauty, a source of production, enjoyment, relaxation and inspiration, yet seemingly loaded with mystery and danger’,” says Stewart on the Shifting Sands website.

“This thematic is also prevalent in Australian cinema (even though the majority of modern living is urban). The landscape is often described as ‘another character’, evoking both its potency and its agency. It is not just scene-setting, it has the power to shape the story.

“This idea of ‘landscape as character’ shifts between European settler notions of ‘the land’ as something to be owned or overcome, and the Indigenous Australian belief in ‘country’ in which law, language, storytelling and spirituality are entwined with the land.”

The Shifting Sands season at the BFI will explore the shift in Australian cinema in the last two decades with the emergence of Indigenous filmmaking.

Stewart charts this emergence back to the referendum ensuring Aboriginal Australians would be ‘counted’ in 1967, which predated the resurgence of an Australian ‘national’ cinema in the 1970s. Filmmakers began to ensure the inclusion of Aboriginal characters, although often these characters were assimilated ‘trackers’ who assisted the white man in navigating the land, or Aborigines rendered mad or dangerous by the spiritual schism brought about by colonialism.

“It is not until the mid-1990s and 2000s when Indigenous Australians got behind the camera that there was a significant shift,” says Stewart.

“In the different films of Moffatt, Perkins, Sen, Thornton, Blair and McKenzie, the depletion of country and the lasting impact of having the land taken away, or being removed from it, becomes a haunting narrative presence, touching even the most playful stories.”

They are complimented by a selection of lesser known films, among them a double bill of Tracey Moffatt’s beDevil (1993) and Night Cries: A Rural Tragedy (1990), teen runaway road movie Beneath Clouds (2002) and Catriona McKenzie’s feature debut, Satellite Boy (2012), a family drama about a boy living in an abandoned drive-in cinema.

Australia: Shifting Sands begins with a preview of Walkabout on 10 September. The season proper runs from 19 September — 8 October with tickets on sale through the BFI website. For more information see whatson.bfi.org.uk.