A Current Affair devoted a whole show to pop diva Lady Gaga, who answered questions from and performed for a live studio audience. 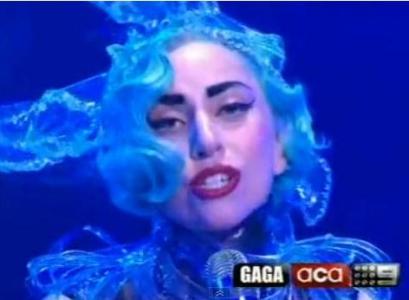 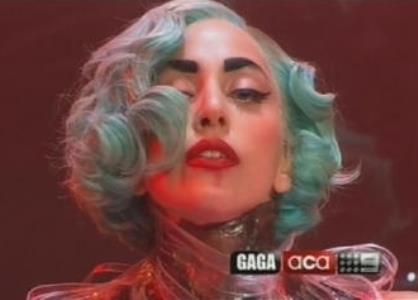 AUSTRALIAN television has had its first intimate brush with Lady Gaga during a special appearance on A Current Affair.

Appearing on Monday in a semi-military black outfit with lots of brass accessories, Gaga said she was thrilled to see the Nine audience members dressing up in homage to her radical fashion style.

Host Tracy Grimshaw proved to be a sympathetic interviewer, asking questions about the pop star’s outfits and sharing fashion tips, with both confessing a liking for shoulder pads and 80s fashion.

There were some serious questions, with Grimshaw asking Gaga about her commitment to social rights.

“What Born This Way (Gaga’s hit song) is ultimately about is that we are all different,” the singer said.

Audience member Trent asked if she had a message for young people who are being bullied for being different.

Gaga told him she had had the experience of being bullied in high school, and she had a mantra for anyone who was in the same situation: “Be brave, be courageous, and some day your uniqueness and you individuality will be what you love about yourself.”

On Gillard and gay marriage
Lady Gaga has previously been outspoken in her defence of gay rights, but refused to openly criticise Prime Minister Julia Gillard for her view that marriage should be between a man and a woman.

“I think it’s wonderful that you have a female running the place … It’s everyone’s personal choice the way they live their lives, but I do believe it is wrong to deny people all over the country the ability to marry.”

The questions weren’t all serious, with another fan called Jana asking what Gaga wears to bed.

“Just my pearls,” she said.