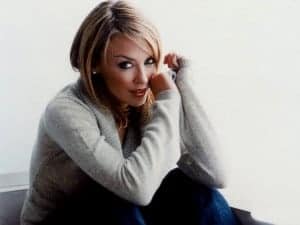 INDUSTRY insiders have reported that Australian pop princess Kylie Minogue is emerging as a front-runner to take the position vacated by British singer Jessie J on The Voice UK earlier this year.

The Hollywood Reporter claims that Ms Minogue has been shortlisted to appear on the program although she has not officially signed on at this stage. Ms Minogue would fill the role occupied by Jessie J, previously the only female performer enlisted by the program as a coach.

Ms Minogue joining The Voice UK would be a significant boon to the program, which has suffered in the ratings against Simon Cowell enterprise Britain’s Got Talent. The Australian singer has enjoyed a successful career in the United Kingdom, while a recent guest appearance on The X-Factor Australia resulted in a notable ratings increase.

Kylie would be following in the footsteps of her sister Dannii Minogue, who has made a career as a judge or coach on a range of television talent programs in both the UK and Australia. Dannii recently joined The X-Factor Australia after a successful run as a judge on Australia’s Got Talent.

The rumour that Kylie Minogue will join The Voice UK is not the first time that the Locomotion singer has been linked to a reality television program. She was linked to The X-Factor UK in 2012 to take the position left vacant by Destiny’s Child singer Kelly Rowland, which was ultimately taken by Pussycat Doll Nicole Scherzinger.

At the time, Ms Minogue said: “It may only be a matter of time, who knows? Those shows are going to keep happening every year for the foreseeable future. I’m a fan of those shows.”

Outgoing The Voice UK coach Jessie J spoke to MTV News at V Festival over the weekend, giving her take on who should replace her on the BBC program. She acknowledged that Ms Minogue was a potential candidate, and placed an emphasis on the credibility of the performer that ultimately takes on the role.

A third series of The Voice UK was announced in May this year. The second series was won by visually-impaired Northern Irish woman Andrea Begley in June.