Elliot Wheeler, film composer and music arranger, has applied his prodigious skills to his own creation with his debut album The Long Time. He talks to BONNIE GARDINER about drawing inspiration from iconic films, including his latest — Baz Luhrmann’s The Great Gatsby. 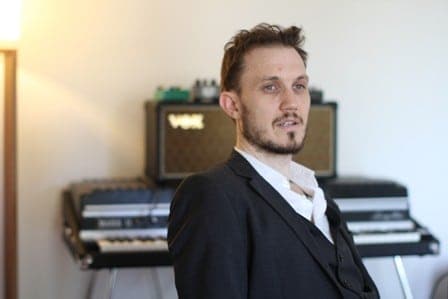 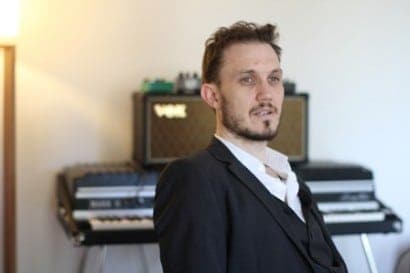 FROM the screeching violins of Psycho to the chilling ‘ba-dam’ of Jaws, a film’s music can make or break the viewing experience, and few know this better than Aussie composer and music arranger, Elliott Wheeler.

After extensive work with Baz Luhrmann, a director famous for his soundtracks almost as much as for his films, Wheeler has flipped the equation, drawing inspiration from iconic movie scenes to create his own incredible new album, The Long Time.

“I found the notion of taking something from a movie scene very liberating,” Wheeler tells Australian Times.

“It allows you to explore an emotion by pulling yourself into a particular scene, and it removes some of the barriers that you use to self censor yourself when writing about your own feelings.”

Wheeler’s enthusiasm for films made in the 1960s and 70s is palpable, as he claims the storytelling of the era was fantastic, while also upholding extremely strong musical language without being too overt.

Intense moments, such as the look exchanged between Warren Beatty and Faye Dunaway during Bonnie and Clyde before being covered in a hail of bullets, the greeting between Robert Redford and his secret assassin at 2am in The Sting, Wheeler draws on the feeling in these emotional moments and encapsulates the characters within them.

“Rather than actually trying to completely tell the story, for me it’s more that notion of being there. So with The Sting, it was being awake, alone, cold and not knowing anybody, this was enough of a starting point for me to be able to go and tell that story.”

The Long Time has been almost six years in the making, usually tended to in his precious little time, though Wheeler has revelled in approaching a project that, unlike films, has no deadlines or anybody giving him orders.

“That’s both liberating and terrifying,” he adds.

“It’s been so fun doing the album, and so fun finishing it! I think the first one is the biggest hurdle.”

As well as celebrating the release of his debut album last month, Wheeler attended the premiere of the latest film adaptation of F. Scott Fitzgerald’s The Great Gatsby, directed by Baz Luhrmann. As arranger and additional music producer for the film, he collaborated with big names such as Jay-Z, Lana Del Ray, Will-I-Am, Gotye and Florence and the Machine.

The Long Time has no one genre, ranging from jazz to classical, pop to rock, with an original combination of modern production techniques and nostalgic themes. The result is quite a sophisticated, haunting and unique listening experience.

With an array of gifted female singers filling in on vocals, Wheeler himself also contributes his falsetto sound, in particular for his acclaimed single, Baker Man, which he describes as ‘Morricone meets Portishead via Cinematic Orchestra.’

Starting out in Sydney, Wheeler received classical music training before falling into film work at the age of 20. He has since worked continuously as a screen composer while also founding Turning Studios in Surrey Hills.

In 2011 he also produced and arranged the Ship Song Project for the Sydney Opera House, reinterpreting Nick Cave’s iconic song for performance by some of the most iconic artists and ensembles.

Having worked with Baz Luhrmann and his music supervisor Anton Monsted on a project associated with Australia, Wheeler was invited to take part in The Great Gatsby after a chance meeting with Monsted at the Las Angelos Airport. Of all the creative process and artists involved, Wheeler says one of the highlights for him was working with British jazz singer Bryan Ferry.

“Bryan had put together this wonderful 1920s jazz orchestra that he used on his Jazz Age album, and the sound was absolutely spot on for that sound of Gatsby,” he says.

In the same vain as Moulin Rouge, Strictly Ballroom or Romeo and Juliet, Wheeler believes The Great Gatsby features a soundtrack very worthy of our attention.

“When you get someone like Baz who thinks about music so much from the beginning, and the artists that he, Anton and Jay Z collaborated with, I think if there’s that much thought put into it then the music takes on a life of its own.”

Despite all the hype around Luhrmann’s films, Wheeler says often the secret to a good musical backing is often one that goes unnoticed.

“If the audience is noticing that part of the music when it’s not a big show-piece, it can mean you’re doing something wrong,” he explains.

“That’s the thing about an amazing score, you don’t notice it if it’s doing its job, you just think oh that’s an incredible film, why did I feel so emotional? Craig Armstrong’s score for The Great Gatsby is a wonderful example of that.”

With 2014 already filling fast, and a second album no doubt in the works, Wheeler says that he also draws from artists such as French singer/songwriter Sebastian Tellier, English composer Max Richter and American film composer Jerry Goldsmith, as well as a number of Aussie singers specialising in jazz, classical, neo-folk and indie rock

Of the Australian he has worked with in music and film, both at home and around the world, Wheeler says he can really notice our nature as versatile ‘Aussie battlers’.

“Australians working in film especially tend to become responsible for a lot of different areas of production — if something needs doing then you just learn how to do it. That’s really highly regarded and unexpected, and it’s been really good for me and the other Australian I’ve worked with,” he says.

If he had to pick a favourite movie, for context and music, Wheeler says it would have the be China Town – a 1974 neo-noir film directed by Roman Polanski — which he regards as a great influence for much of his own work.

“That is one of my absolute touchstones, which I come back to all the time when I’m trying to replenish the emotional well, in terms of how you approach music. It’s a beautiful film and the soundtrack is so haunting, there’s an incredible trumpet line that comes in over the top and I feel like that’s probably an inspiration for my entire album,” says Wheeler.

The Great Gatsby is out now in UK cinemas. The Long Time Album is available online on iTunes, Bandcamp and others.