Maverick Aussie filmmaker urges the other superpower – ordinary people - to speak out before it’s too late in latest documentary, The Coming War on China.

Veteran Australian journalist John Pilger is currently in his native land promoting his latest documentary The Coming War on China. Filmed over two years on three continents, its aim, John says, is “to break a silence: The United States and China may be on the road to war, and nuclear war is no longer unthinkable.”

John’s filming for the production involved travelling to China, Japan, Korea, the US and the Marshall Islands. It was in this archipelago in the Pacific Ocean just north of the Equator that the Americans conducted countless atomic tests for over a decade leaving the islands badly contaminated and barely habitable.

Named after British explorer John Marshall these beautiful tropical islands have been owned variously by Spain, Germany, Japan and are now an `associated state` with the USA. Bringing together rare archive and interviews with witnesses, John Pilger reveals America’s secret history in the region – the destruction of much of life in the Marshall Islands, once a paradise, by the explosion of the equivalent of one Hiroshima every day for 12 years, and the top secret ‘Project 4.1’ that made nuclear guinea pigs of the population.

At the end of The Coming War on China John asks the viewers: What can be done? He talks about the second global power of world public opinion. His concluding comment asks: “We don’t have to accept the word of those who conjure up threats and false enemies that justify the business and profit of war if we recognise there is another superpower and that’s us, ordinary people everywhere like the people of Okinawa, Jeju Island, the Marshall Islands, China, the United States. By speaking out they deliver a warning to all of us. Can we really afford to be silent?”

Pilger’s history of ruffling feathers and pulling back curtains

John has been a journalist and broadcaster for six decades and is as well known in his adopted home of Britain as he is in his native Oz.  He has come a long way since his days as a teenage copy boy for the (now defunct) Sydney Sun in the 1950’s. There, one of his early assignments involved having to go down to the morgue with the court officials to view a deceased person’s remains. “I passed out in the middle of this awful ritual,” he said. Yet it was undoubtedly good training as John has gone on to view death and destruction on a horrific scale in his years of reporting ghastly wars in Vietnam, Cambodia, the Middle East, Central America and elsewhere.

Like many of his generation John travelled from Australia to Europe, reaching Britain in 1963. He arrived in the middle of the coldest winter on record and his first consideration was to leave it for anywhere as he put it “that was warm”. Fortunately, he stayed and became chief foreign correspondent for the London Daily Mirror and has never looked back since.

His film about the Vietnam War, The Quiet Mutiny, made at the height of the war in 1970 drew furious criticism from the US Ambassador to Britain Walter Annenberg. Following its screening on ITV, the American ambassador complained to the ITA, then the commercial channel’s regulator. World in Action’s editor, Jeremy Wallington, and producer Granada Television’s joint chairman, Denis Forman, were given a dressing-down by the ITA’s chairman, Sir Robert Fraser. The founder of Granada, Lord Bernstein, subsequently wrote to the Sunday Times praising both the film and its reporter. Despite the furore, Pilger’s reputation for hard hitting journalism was made and by 1975 The Quiet Mutiny’s revelations had become received wisdom. The film won seven awards, including the Grand Prix at the Krakow Festival of Short Films and another honour at the Chicago Festival. 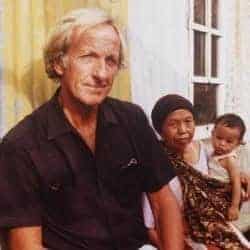 His 1989 documentary Cambodia Year 10 brought the public’s attention to the appalling suffering of the largely forgotten people of Cambodia and the incredible possibility of a return to power of the genocidal Khmer Rouge under Pol Pot. Such was the public interest that a follow up programme was made and just about every British MP received a plethora of correspondence demanding to know why Britain was supporting the murderous Pol Pot through the United Nations.

His 2002 film Palestine is Still the Issue was a remake of his 1974 documentary of the same name and led to an orchestrated hate campaign against him from the US which included daily death threats.

The Coming War on China coming to Australia

Sydneysiders will be able to meet John in person when he presents the film at the Riverside Parramatta Rafferty’s Theatre on Monday March 6th at 6pm and there will be a question and answer session at the end.  There have been screenings in Canberra, Melbourne, Adelaide and Perth and the film will be shown on Australian SBS (Special Broadcasting System) on Easter Sunday April 16th at 8.30pm.

Many people solely travel the world to experience new and exciting flavours. Avid food enthusiasts can tell stories about where...

Here's what you can focus on to make your transition to a vegetarian diet smooth and tasty.

If you'd like to know more, take a peek at this article with some of the oldest sporting events around...

Australia welcomes immigrants from anywhere in the world. But, how can you take advantage of Australia’s work and educational opportunities,...

With the spread of COVID-19 steadily worsening in Japan since the onset of winter — daily records for infections and...