The John Butler Trio were back in London on Wednesday night, and played to a packed Shepherd’s Bush Empire. It was a humid and rainy night, but the crowd was charged as the trio rocked out in their usual friendly and relaxed way. 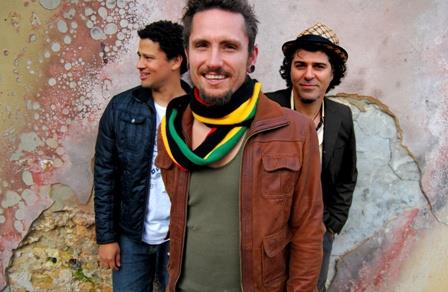 THE John Butler Trio were back in London on Wednesday night, and played to a packed Shepherd’s Bush Empire. It was a humid and rainy night, but the crowd was charged as main-man John Butler sat down with his guitar and was joined by bassist Byron Luiters and drummer Nicky Bomba.

The Trio, who are renowned for their free-form jam-like live performances, didn’t disappoint with a set that moved fluidly between Butler’s political rhetoric and light-hearted banter.

On the JBT website Butler says of their most recent album, April Uprising, “it’s my best work to date”. Playing live they certainly proved it’s their most versatile; mixing influences from dancehall, roots and rock. Highlights included Revolution, with its political flavour and lyrics “sometimes I do wonder how we do sleep, serving the dodgy companies we keep”, to the more playful Don’t Want to See Your Face and Close to You — the distinct JBT rock track with elements of the album Grand National.

The fans got to hear some of the older, much loved tracks and Treat Your Mama [with respect] had everyone dancing wildly in the stalls. The instrumental Ocean was also a crowd favourite — which showcased Butler’s sheer skill on guitar — and proves why the track has over 12 million views on Youtube.

There was a notable performance of Funky Tonight — where Butler asked that the audience face the back of the room before playing the well-known opening riff. Butler’s mention of Broome, South Australia and a couple of other Aussie references elicited loud enough yells to show that JBT’s visits to London have become something of an expat Mecca.

The evening ended with a memorable encore of Peaches and Cream. Butler started playing the acoustic ballad but stopped soon after to say to the noisy crowd, “you’ll have to shut the f*ck up”, which of course they did as the laughter died down.

It’s this interaction with the audience that makes JBT such a worthwhile live act as much as their original sound. Despite having got bigger over the years, JBT still make the crowd feel like their sitting in on a jam-session in their living room. Some of the older fans may have wanted to hear more from his first album and Three, but most would have been satisfied with the balance of uplifting tunes with political tracks.