Tim Minchin has confirmed the March dates for the UK tour of Jesus Christ Superstar will be postponed to October. 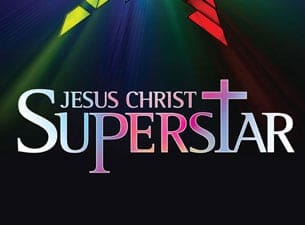 TIM Minchin has confirmed the March dates for the UK tour of Jesus Christ Superstar will be postponed to October.

On his website Tim apologised to fans and said he understood it may affect peoples plans.

“Due to various almost-impossible-to-control factors, the producers of Jesus Christ Superstar have unfortunately had to postpone the UK touring dates,” he said.

“It’s a right pain-in-the-perfect-butts for the cast, and was a very difficult decision for Andrew and the folk at RUG.”

On the Jesus Christ Superstar website it states tour dates have been postponed “due to the enormous demand across the Globe with tours in Australia, Europe and USA to be announced soon.”

Tour dates have been rescheduled for October, and due to the new time frame two new venues – Leeds Arena and The Hydro, Glasgow – have been added.

According to the site, all tickets are valid for the rescheduled shows with refunds available at point of purchase. New shows go on sale Friday 15 February.

Tickets are available from Ticketmaster.co.uk.