ARIA Award-winner Jessica Mauboy, who has been invited to perform at the iconic Eurovision song contest, says she'll perform a powerful new song. 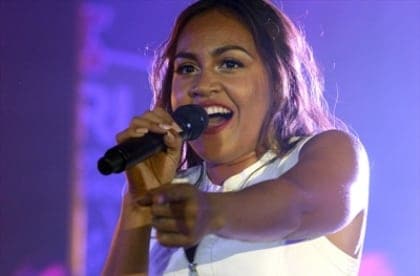 Jessica Mauboy has promised to deliver a “very powerful” song that reflects her Australian background when she performs at this year’s Eurovision song contest.

The ARIA Award winner will unveil a brand new song at the second semi-final of Eurovision’s 59th instalment in Copenhagen, Denmark, which will air on May 10.

The 24-year-old is the first solo artist from a non-European country to be invited to perform at the iconic song contest.

She’s keeping her song choice under wraps, but promises it will be special.

“I do have a song, a very special song that I’ve been working on,” Mauboy told Seven Network’s Sunrise program on Thursday.

“I really wanted to infuse my Australian background.

“It’s very powerful, I can tell you that.”

Mauboy said she loved watching Eurovision’s glitz and glamour on television when she was growing up.

“Some of those performances are crazy, they’ll go above and beyond anything.”

Eurovision has an estimated international TV audience of more than 180 million. – AAP