Aussie actor Hugh Jackman has been named as the third highest paid actor in Hollywood by Forbes magazine as he attends the London premiere of new film The Wolverine. 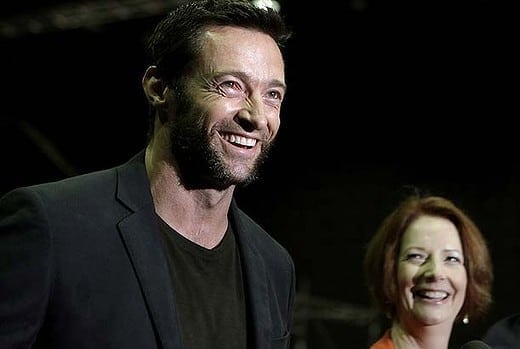 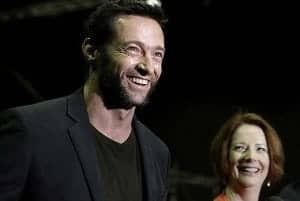 Jackman, who is in London this week following the premiere of his new film The Wolverine in Leicester Square last night, earned an estimated $US55 million ($A60.67 million) in the past 12 months.

Forbes credited Jackman’s roles in the X-Men films and his Oscar-nominated performance in Les Miserables last year for his mega-healthy bank balance and plum position on the list.

Forbes wrote: “Singing, dancing, acting, getting ripped to kick some bad guy’s butt — it’s all in a day’s work for Jackman.”

The actor, who is maybe best known for playing Marvel Comics superhero Wolverine in X-Men franchise, showed last year that he can also move audiences to tears in his role as French revolutionary Jean Valjean in Les Miserables.

Forbes also noted Jackman’s star power helped Les Miserables earn $US438 million at the box office last year — after it was made on a $US61 million budget.

Jackman was edged out by Iron Man and The Avengers star Robert Downey Jr, who comfortably topped the list with earnings of around $US75 Million.

At last night’s premiere, Jackman told reporters he believes The Wolverine — which was filmed in Sydney and Tokyo — is the “definitive” film for his character in the X-Men franchise.

Jackman said: “I always love Wolverine. For me, this film is the definitive movie about him.

“Even if you haven’t seen the previous film or the X-Men movies, this feels fresh and really different. I’m just grateful we could make it.”

Jackman also told Sky News he’s planning to cheer on the Australian cricket team and attend the first day of the second Ashes Test at Lord’s on Thursday.

The Wolverine opens in cinemas in the UK on July 25.