X-Men: Days of Future Past star Hugh Jackman reveals to fans that he suffered his second skin cancer scare in less than a year. 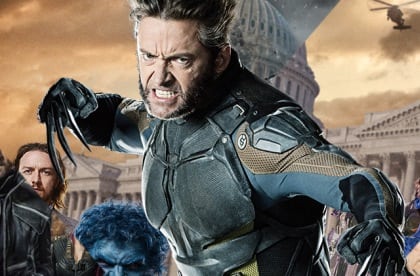 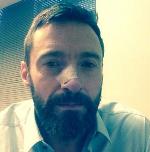 The initial scare was in November 2013.  Jackman last week posted a pic of himself (above) on his Instagram account, bearded with a large plaster over his nose.

The Wolverine actor, staring in the new X-Men movie X-Men: Days of Future Past — set for release later this month, pleaded with fans; “Please! Please! Wear sunscreen”.  The picture on Instagram was captioned; “Another Basel Cell Carcinoma. All out now.”

View the official trailer for X-Men: Days of Future Past

Hugh Jackman learned the result of the biopsy on Thursday and had the ‘mark’, as he calls it, removed immediately.

The award-winning actor’s scare comes mere moths after the tragic passing of US actor James Rebhorn.  Rebhorn, best known for his roles as Claire Dain’s character’s father in the ‘Homeland’ series, died in his home in New Jersey after a five-year battle with skin cancer.

The Better Health website,funded by the State Government of Victoria, states; “Each year, around 2,000 Australians die from skin cancer, yet skin cancer is one of the most preventable cancers.”

“Wear sunscreen. If I could offer you only one tip for the future, sunscreen would be it.  The long term benefits of sunscreen have been proved by scientists, whereas the rest of my advice has no basis more reliable than my own meandering experience…  But trust me on the sunscreen”. — Baz Luhrmann