Jackman loses out to Lincoln at BAFTAs

Hugh Jackman warned people not to bet on him ahead of the BAFTAs and he’s been proven right, losing out to Daniel Day-Lewis. 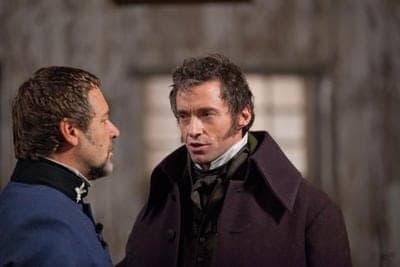 HUGH Jackman has missed out on a best actor BAFTA with the gong instead going to Daniel-Day Lewis for his portrayal of legendary US president Abraham Lincoln.

Jackman wasn’t confident heading into the Royal Opera House in London and with good reason – the bookies had installed Day-Lewis as an unbackable favourite.

But the Sydney-born actor told AAP just being nominated for his turn as Jean Valjean in Les Miserables was a thrill.

“This is just a joy,” the 44-year-old said on the red carpet, where he had to compete with an over-zealous fan belting out a tune from the screen musical.

“Any movie musical can go so wrong so easily.

“The fact we got nine nominations means a lot for us.”

Jackman was one of the hits of the red carpet with fans screaming his name to get his attention and a snap.

Despite atrocious conditions – it was cold and wet on Sunday evening – Jackman was all smiles as he talked to the world’s press at the British Academy Film Awards.

Before the ceremony Day-Lewis was the favourite at 1/25. Jackman was on the next at 10/1.

On the red carpet, Jackman wasn’t confident about his chances.

“In my nature I’m not a betting man – particularly if I’m in the race,” he told the BBC.

The Sydney-born actor said singing for 12 hours a day during filming was “gruelling”, but having done stage musicals in the past – which can involve eight shows a week – stood him in good stead.

“I share this with the cast and crew,” the American said.

Hathaway paid special tribute to Jackman saying: “I’ve run out of superlatives for you, man – you’re just the best.”

During the ceremony host Stephen Fry made a joke about actors at least not having silent letters in their names like some of the nominated films.

He cited Daniel Day-Lewis, Samuel L. Jackson and “Hug” Jackman, which drew a wry smile from the Aussie.

All is not lost for Jackman who has received a first Oscar nomination for his work in Les Mis.

The best actor Academy Award will be handed down on 24 February. – AAP