It’s London, but not as you know it

REVIEW | Endless culture, socialising in the hippest bars, and keeping up with the latest trends from high street. These are just a handful of the many fragments creating the London ideal luring so many Australians across the globe. For some, however, the London dream is very far from reality. Australian author Ralph Grayden spoke to ERIN SOMERVILLE about his unexpected experiences with London, and how it inspired his latest novel PAGE THREE.

by Erin Somerville
in Lifestyle 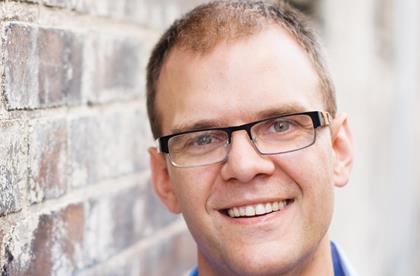 IT is 2004. Ralph Grayden and his partner have decided to leave their comfortable Australian life in exchange for new adventures on the other side of the world. But while many Australians are busy splashing around their cash and soaking up the economic boom in London, the newly-arrived couple are greeted by a very different face of the city.

“We were living in south-east London in a pretty tough place,” Ralph tells Australian Times.

“We weren’t earning much money, and we had a feeling of dislocation from our friends in west London.”

Ralph’s struggle to shake off his lawyer suit in the rough and tumble suburb of Camberwell and pursue his dream of becoming a writer has sparked his novel, PAGE THREE.

PAGE THREE follows the plight of a successful middle-class married couple, Paul and Sarah, who have packed up their cushy Sydney life to answer the call of the Motherland. Paul is eager to make the shift from lawyer to writer following the sudden death of his father, while Sarah is enthusiastic about embracing life in a chic new city. However, the battle to find work, and dealing with a less-than-ideal part of England, begins to take its toll on the couple. When Sarah finds instant success after baring more than just her soul for work, Paul’s London dream soon becomes the thing of nightmares.

While there are some undeniable comparisons between the author and his lead character, the book is far from autobiographical. Ralph does admit, however, that his early experiences living in Camberwell were a strong influence in shaping the storyline, characters and settings of his book.

The author says he was compelled to share the less-than-glamorous London experience that often goes untold by many expats. He has also used the novel as a chance to reflect upon how the Australian status is changing in England.

“There are a lot of works out there from the past, being that Australians are looked down upon by the English, with the British having the stiff upper lip and we being the colonials.

“I think now the traditional backpacker who spends all their money in the pub they are working at is a thing of the past, and those who are moving over tend to be older and more established in their career, and searching for a bigger professional playing field.”

Any Australian who has made the move to London will no doubt laugh, empathise and see glimpses of their own story in Ralph Grayden’s PAGE THREE.

Grab your copy on Amazon or iTunes.