At the heart of the West End is the Queens Theatre, which is where you’ll find Australian Daniel Koek playing the lead role of Jean Valjean in Les Misérables. 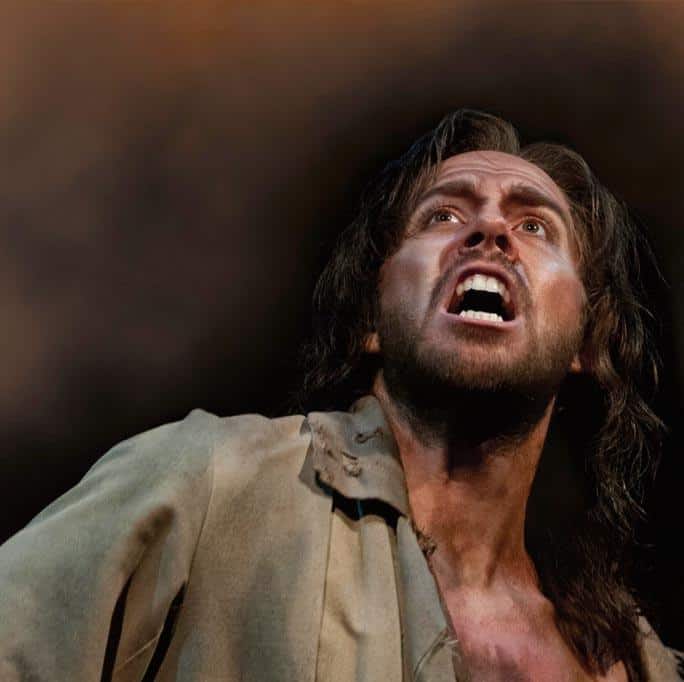 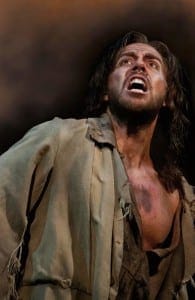 “When it’s getting tough, I’ve just got to think; I get to go to work in the Queens Theatre doing Les Misérables in its 28th year, after the film’s just been released and I’m playing Valjean. It’s awesome.”

It is awesome, considering this is Koek’s first West End role.

“I’ve been in London nearly nine years. And everything I’ve done to date has been either touring or regional work. It’s absolutely the biggest thing, both from a career level, and the size of the part.”

Born in Gawler, a country town in South Australia, Koek (pronounced ‘Cook’) studied at the Conservatorium of Music at Adelaide University. He then moved to London in 2004 to do his Masters in musical theatre at the Mountview Academy of Theatre Arts.

Prior to moving, Koek had spent two weeks in London on a holiday where he went to see a lot of theatre, including Les Misérables at The Palace.

“I don’t remember a lot of it,” he admits. “It was a long time ago, and I was poor then so I was up in the nosebleed section. But I remember being very impressed with the whole thing.

“If you asked me ten years ago if I ever thought I’d be playing the part, the answer would probably have been no, because it was not something I had my sights set on. But when the opportunity came to audition, I thought I can definitely sing that, and I can definitely play that part,” he tells Australian Times.

Koek started in the role of Jean Valjean on 17 June. “I was on a trial period for a while. This role is notoriously tough, especially with eight shows a week.

“I had no doubt I could do it. I knew from day one if I was given this opportunity, I was going to nail it. And there was a lot riding on it… And when they offered me this opportunity, it wasn’t a definite. It was the opportunity to perhaps play the part.”

To start Koek played the role once a week, with GerÃ³nimo Rauch, the previous Valjean, performing the others show. Gradually the number of shows increased, and then six weeks later Koek was offered the role on a full time basis.

If you’re not one of the 65 million people around the world who have seen Les Misérables, the musical, based on Victor Hugo’s classic novel, is set in 19th century France. Koek plays Jean Valjean, an ex-convict.

“In the beginning of the show he is an animal. He is completely and utterly uncivilised. He’s been in jail 19 years. He even thinks he can’t be redeemed. He is absolutely at his wits end. He’s tired. He’s cold. He’s probably sick. 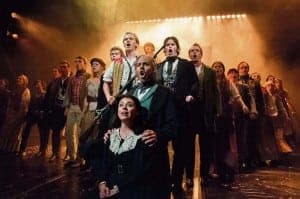 “He makes himself good through the opportunity where he gets silver from a priest, and goes to make a life for himself based on the fact he knows he’s been blessed by God. He becomes a very religious man.”

As part of this self-redemption, Valjean agrees to care for factory worker Fantine’s young daughter Cosette.

“He takes in this young girl, because he can’t live with the fact he turned her mother away. He brings her up as his daughter. He thinks that redeems the fact he was such an animal all those years ago.”

Throughout the show, Valjean is hunted by the ruthless policeman Javert for breaking parole.

“He [Valjean] is a kind soul. However there’s never a point throughout the show, there’s not that animal side to him…So there’s always that element of him bubbling away. He’s constantly having to put the lid back on that side of himself he’s closed the door on.”

For Koek, this is a departure from his previous roles, including Tony in West Side Story, Lt Cable in South Pacific, Father Frank Jr in Saturday Night Fever, and Anatoly Sergievsky in Chess.

“The parts I’ve played to date are your typical leading man; upright and straight…It’s very easy to play ‘astute young gentlemen’, rather than a guy that’s had all this crap.

“I haven’t been in jail 19 years, so obviously I can’t associate with that…I had to work hard at encompassing that part of the character. But essentially he’s kind. He’s got a good heart. And he wants to please God.”

Les Misérables originally opened in London at the Barbican Theatre in October 1985, transferred to the Palace Theatre a few months after, and moved to its current home at the Queens Theatre in April 2004.

When Les Misérables celebrated its 21st London birthday in 2006, it became the World’s Longest Running Musical. In January 2010, the West End production broke another record by celebrating its historic 10,000th performance.

Today Koek says: “It’s going great…especially after the film business here has gone nuts. They’re selling I think 20 or 30 standing tickets a night at the moment. People are standing up for three hours to watch it. They just don’t care, they just want to be here.”

Why is the show so popular, after such a long time?

“First and foremost it’s the story. The story is timeless. And on top of that you put the music, which has been orchestrated for it, and it’s not going anywhere. And the film has given it legs for another 28 years.

“It has all the ingredients of a good musical. In this day and age things come and go because I think essentially the stories are not good, and they try and flounce it out with all these effects and music. And Les Miserable is timeless.

“It’s one of the shows, even if you haven’t seen it, you could always hum me a song from it,” Koek says.

Boublil and SchÃ¶nberg’s magnificent score of Les Misérables includes the songs, ‘I Dreamed a Dream’, ‘On My Own, ‘Bring Him Home’, ‘Do You Hear the People Sing?’, ‘One Day More’, ‘Empty Chairs at Empty Tables’, ‘Master Of The House’ and many more. 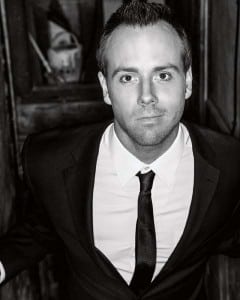 On top of his lead role in one of the West End’s biggest shows, Koek is also in the studio working on a second solo album, which is expected to be released in March 2014.

“Historically people who’ve played this part have gone on to have very successful solo careers. So I’m hoping to follow in their footsteps.

“I released one album back in 2005, coinciding with my first leading role, which was Tony in West Side Story. That did very well. But now I’m looking to release a new album in that genre of pop opera, classical crossover, Il Divo, Josh Groban-esque type of thing.

“I’m classically trained, so I’m just trying to play to my strengths. And it’s a genre of music I really like playing around with, taking a song and turning it into something of this genre.”

In terms of musicals, Les Misérables is a favourite of audiences around the world. In terms of leading roles, it doesn’t get much tougher than Jean Valjean. And in terms of theatre districts, the West End is one of the biggest and the best.

In the centre of it all: Daniel Koek.

“I came to London to perform on the west end and it’s taken me nine years. But now I’m doing it. I had to tick that box and hopefully from there other doors will open up, and my recordings will all take off.”

Les Miserable is at the Queens Theatre. For more information and to buy tickets visit www.lesmis.com.