In Vogue – Songs by Madonna at St James Theatre

Following a sell out run at the Edinburgh Fringe Festival, Michael Griffiths is returning to entertain London audiences this December at St James Theatre with his one man cabaret show In Vogue - Songs by Madonna. 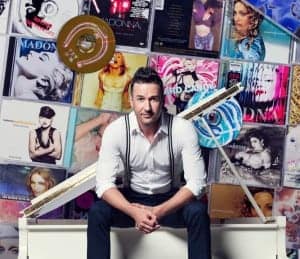 “I WOULD love to come back,” Michael Griffiths told Australian Times in August.

He was performing his one man cabaret In Vogue — Songs by Madonna at the Edinburgh Fringe Festival, and was hoping to bring the show to London one day.

“I’m sure that there are enough Madonna fans in London to warrant it,” the Australian musical theatre performer said.

“As long as you know Madonna, and you have a soft spot for cabaret, its win, win,” he said.

Dressed in a shirt and tie and speaking with an Australian accent, Griffiths embodies the Queen of Pop as he sits at a piano, and performs unplugged versions of all her classic hits.

Madonna becomes an open book, as Griffiths takes the audience on a witty and very funny journey through her life, sharing stories on everything including her music, her movies, her marriages and motherhood.

Written and directed by Dean Bryant, the show has had sell out seasons in New York, Sydney, Melbourne and Auckland. And most recently at the Edinburgh Fringe, where it was a huge success, selling out and receiving overwhelming acclaim.

For an artist whose career spans three decades, and whose discography contains over 70 CD singles, you have never heard or seen Madonna quite like this.

Click here for tickets to see In Vogue – Songs by Madonna at St James Theatre.

A significant number of the submissions peddled inaccurate claims about the health effects of 5G.