Iggy Azalea leads the way for Aussies at Glastonbury 2013

With a surfeit of Australian acts on the menu at this years Glastonbury festival, the only question on many minds was - how do we see them all? From Iggy Azalea to Jagwar Ma to Scott and Charlene’s Wedding, all eyes were on the Aussies. 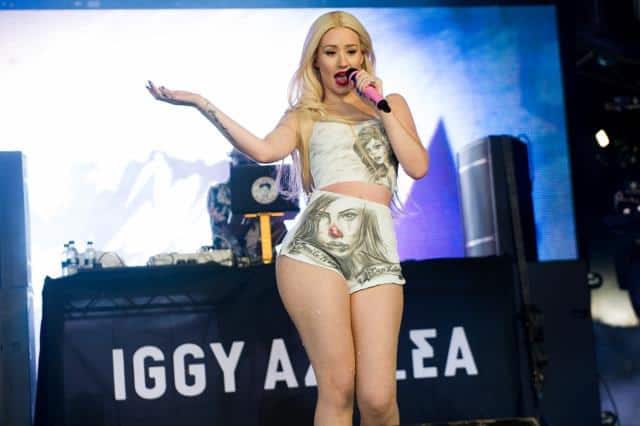 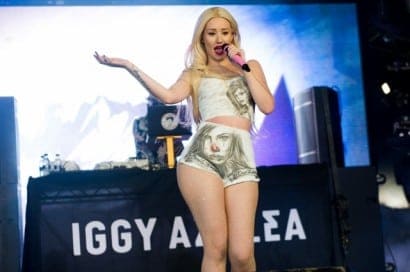 WITH a surfeit of Australian acts on the menu at this years Glastonbury festival, the only question on many Aussies minds was – how do we see them all?

As well as big names familiar to Australians in the UK, including Tame Impala and Nick Cave & The Bad Seeds, there were a number of other fantastic Aussie musicians wowing the UK crowds.

In particular, all eyes were on Sydney act Jagwar Ma, after UK music bible NME labeled them the ones to watch at Glastonbury out of an estimated 2000 acts. Their sound of ‘‘rad ‘90s baggy beats, idyllic harmonies and psychedelic synth washes [is] like Glastonbury incarnate”. Their Saturday afternoon set in the John Peel tent attracted crowds of about 8000.

Other Aussie acts flying the flag and connecting with the crowds were Matt Corby, Scott and Charlene’s Wedding, Xavier Rudd and Blue King Brown.

It was Australian hip-hop artist Iggy Azalea that really got the crowds talking however, performing on the Sonic Stage on day three of the festival. Taking to the stage with a daring hotpants and crop top set featuring a woman’s face on the front sporting a red nose above the logo Smile Now Cry Later, and a pair of eyes at the back.

Gigwise.com called it “one of the cheekiest performances of the weekend” as Iggy strutted her stuff on the stage to her hit singles  ‘Work’ and ‘Bounce’.

For all the action from Iggy Azalea’s cheeky performance see our photo album: Iggy Azalea and Nick Cave & The Bad Seeds. 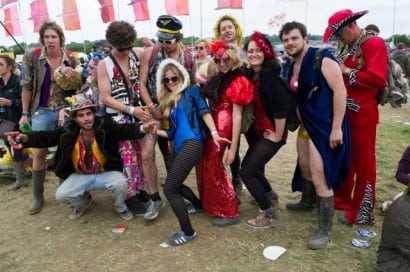