PHOTOS: A top photographer takes on an ugly, urban jungle location and captures some amazing photographs. Inspiration for those taking their cameras to the local train stations.

by Erene Oberholzer
in Lifestyle

This time the German photographer is focusing his attention on how to master the art of capturing the perfect photo at ‘ugly’ or rather dull locations.

In a video, he says you don’t need locations set in New York, Tokyo or Paris to take an awesome photograph. You can basically do it anywhere. It turns out it that it’s all about your imagination, creativity, and patience.

“To be honest, I’ve captured my favorite street photos in the ugliest of all places,” he says in a recent feature published in PetaPixel. “Sure, it’s a bit more challenging to find the extraordinary in the ordinary… but isn’t that what street photography is all about?”

And so he went on to do the following challenge: capture some extraordinary photo’s in what is considered to be an ‘ugly’ location. So he went to the following plain train station: Vijce says for him, it looked pretty uninspiring and bland. “However,” he says, “the more time I spent at the location, the more moments I discovered. Make sure to reduce your street photos to what’s absolutely essential.” Here’s one of the first photographs he captured:

For some creative flair, Vijce went to a street above the subway entrance and captured someone in the middle of the escalators. To polish it a bit, he used a strong vignette around it, highlighted the silver parts and increased the saturation on the umbrella.

He went on to photograph the following gentleman in front of the lights from a hallway. He intentionally placed him all the way on the left so that the viewer can anticipate his movement up the escalator…which looks pretty awesome.

One day, when he was running out of ideas, he turned his head left and right and up and down. “All of a sudden, I noticed how I could give it a surreal spin.”

As for the next one, Vijce captured the stairway from the bottom, waited for the sun to set and made sure, that only one person came downstairs. “That way, it looks more reduced and elegant as far as I see it.”

He took the next photo from the side to focus on the lines. “As you can see, you have the handrails on the side, the ones on the escalator, the ones on the wall and the lights on the top left.”

Here’s a close-up shot of a guy going up on the escalator.

The next photograph is all about reflections. Vijce says it would look better if the guy were standing in the middle. In post-processing, he used split-toning to make it a bit more blue.

In the next photo, Vijce captured a couple going down on the escalators. He purposely didn’t get their heads in the shot to focus on the reflections and colors.

Soon, everyone would be able to capture some gorgeous, award-winning photos?! Guess it’s time to brush-up on those photography skills, folks!

Make sure to watch the video Vijce made for the challenge, enjoy!

SOME ADVICE: Be careful about taking photos around train and Tube stations – the authorities may not be very enthusiastic and suspect you are casing the joint like a terrorist. If in doubt, ask staff at the station. 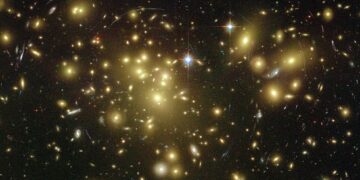 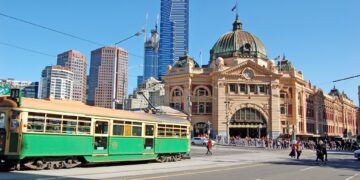 No major disruptions to road, rail and tram networks. But psychologist warns of possible distress to those who experienced the...