Fosters: How an Aussie beer conquered the British market

There was a time, not so long ago, when you entered a British pub and the best you could hope for was relics of an English past. But these days, thanks to the creativity of Aussies, bars across the UK now have something of the surf about them. 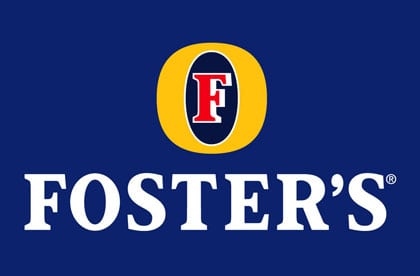 THERE was a time, not so long ago, when you entered a British pub and the best you could hope for was relics of an English past — cases in point being ‘Bombardier’, ‘London Pride’, and ‘Nelson’s Revenge’, which sound as much like phrases from the Queen’s speech as they do the name of beers. But these days, thanks to the creativity of Aussies, bars across the UK now have something of the surf about them; and not a little more colour, taste, and panache.

Why Fosters found a home away from home

Well, there was the Fosters advert. Every now and again an advert, often even more so than a TV programme — we see it more often, it’s shorter, more iconographic — enters the public consciousness. And Britain loves Brad and Dan. The two unlikely agony uncles that surf, man the beach and open a can of beer have fast become the standard face of Fosters Lager.

Of course, two lovable TV characters weren’t enough. What Fosters did — and it’s helped them become one of the few premium beer brands the country thinks of ordering before it turns up to the pub — was to unite a clever idea with British nostalgia.

So came ‘Mid-Morning Matters’, an extension to the Alan Partridge history, in which our failed TV presenter and failing radio presenter turns to video blogging from his radio studio, while on air; and so came new material from The Fast Show, as well as Vic Reeves and Bob Mortimer.

Suddenly comedy-starved Britons had a fresh set of quotable material; some banter for the pub. And they could do it all over a pint of Fosters.

But still no Aussie sun…

Yes, it’s true. Fosters is here to stay in the UK; and that’s a benefit to Australians and Britons alike, because Aussies can enjoy one of the tastes of back home and British people get, well, something better than they already had.

Win-win. But of course, try as we might, there’s still no word on Aussies bringing the weather with them — so it looks like we’ll have to “enjoy” yet another British summer.

You win some, you lose some.