Home and Away set to film “exciting storyline” in London

Producers of Home and Away have announced that they will film scenes in London later this year for an "exciting storyline" scheduled for 2014. 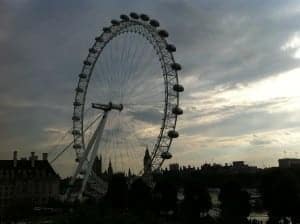 PRODUCERS of popular Australian soap opera Home and Away have announced that they will film a series of special episodes in London this autumn which will see cast members travel to the United Kingdom for a significant storyline.

A statement released by Home and Away representatives today said that the dramatic storyline would be aired in 2014 and that the storyline would see characters “embarking on a desperate fight to hang onto what is most important in life — love and family.” Series producer Lucy Addario said that the production team were thrilled to bring the show to London and reward the soap’s British fan base.

Ms Addario said: “We are thrilled that Home and Away will be returning to London to shoot this exciting storyline. It’s also a wonderful opportunity to bring the heart and soul of Summer Bay to the home of our loyal UK audience.”

Home and Away currently airs on Channel 5 in the United Kingdom, and acts alongside Neighbours as the network’s flagship soap operas. Channel 5 commissioning editor Greg Barnett said that he could not reveal specific details of the storyline, however could promise British fans that it would be an exciting series of episodes.

Mr Barnett said: “Although we can’t reveal much about the storyline at present, I can promise fans this is going to be one not to miss. It’s great to have the show filming these very special episodes in the UK, and as a huge fan myself I’m very, very excited!”

Home and Away last visited the United Kingdom in 2001 for a storyline involving the publication of long-time Summer Bay resident Donald Fisher’s children’s book. The storyline prominently featured the return of Emily Symon’s character Marilyn, who had fled to the United Kingdom after the breakdown of her relationship with Fisher.

Check out the Australian Times list of the top ten Home and Away moments of all time to celebrate the soap’s return to the UK.

Tags: Channel 5Channel 7film and televisionHome and AwayLondonStage and screen