Australians at top of Hollywood's A-list: We take a look at which Aussies have conquered America. 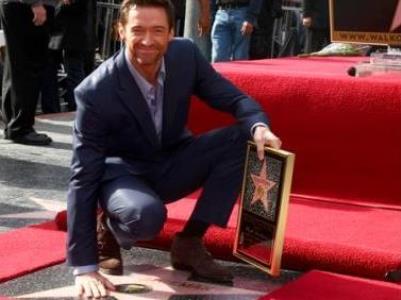 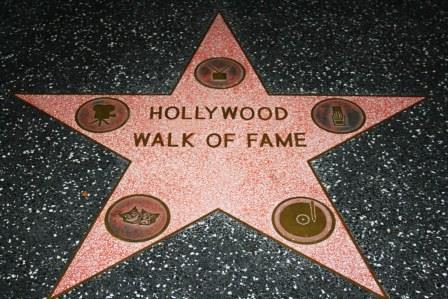 The Mentalist, Wolverine, Thor, Mad Max – all iconic characters portrayed memorably but some of Hollywood’s hottest property, but these idols all have something else in common, they are all successful Australian actors and entertainers who have made it big (really big) in America. 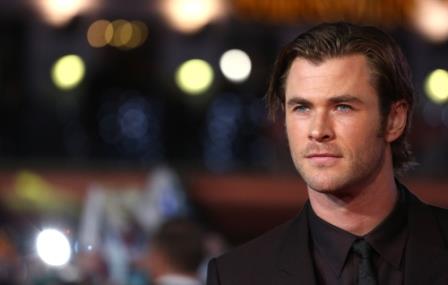 Born and raised in Melbourne, Hemsworth’s most notable performance is that of Thor in Marvel’s ‘Avengers’ super hero film series. Hemsworth also appeared in the 2009 film version of the classic television series Star Trek’. Later he was cast in the thriller The Cabin in the Woods’ with Kirsten Connolly. Chris’s two brothers, Liam and Luke, are also respected Hollywood actors. 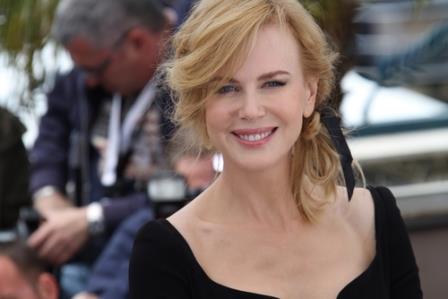 From her breakthrough role in Dead Calm’ in 1998 to Moulin Rouge’ and more recently the epic Hollywood blockbuster Australia’, Kidman has proved to not only be Down Under’s darling but a revered Hollywood icon. Flawless style and a storybook romance marriage to country singer (and fellow Australian), Keith Urban have cemented Nicole at the top and, her recent turn as Grace Kelly aside (ahem), Hollywood still can’t get enough.

Kidman was born in Hawaii but grew up in Australia and now lives between Nashville and Sydney. 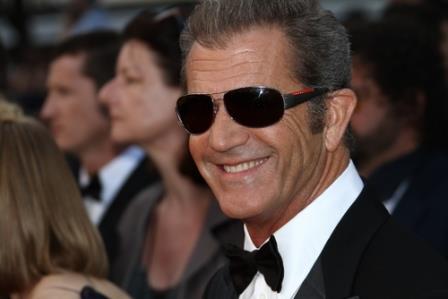 Mel Gibson might have been born in New York but he is an Aussie bloke through and through. Raised in Sydney the Lethal Weapon’ and Mad Max’ star studied acting at Australia’s National Institute of Dramatic Art (NIDA), where other famous Australian actors like Cate Blanchett and Sam Worthington also honed their craft.

Of course, Mel may not be so popular in Hollywood circles these days, following a few anti-semetic outbursts (oh dear, Mel), but no-one can deny his acting and directing talent and he still wields considerable Tinsel Town power. 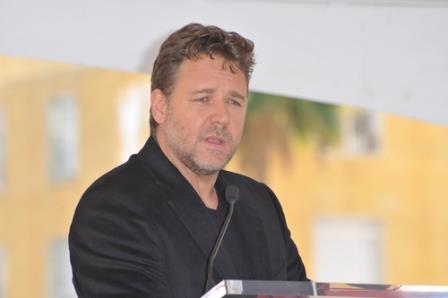 Okay, so maybe Crowe wasn’t exactly born in Australia, but he spent parts of his childhood in Australia as well as his native New Zealand. The controversial and sometimes temperamental actor burst onto Aussie big-screens in ‘Romper Stomper’ and shot to global fame with his lead role in the Roman Empire epic, ‘Gladiator’. He has since appeared in A Beautiful Mind’ and most recently took on the world’s most well-known flood and pairs of every animal when he portrayed Noah in the Hollywood film by the same name.

Crowe has investments in Sydney where he not only owns an apartment, but also a whole Australian National Rugby League team, 2014 grand finalists the South Sydney Rabbitohs. 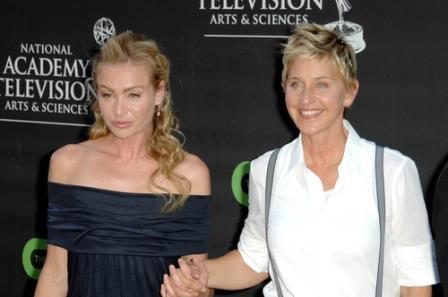 While nowadays Portia de Rossi is seen more in the front row of wife Ellen De Generes’s talk show, this native of Victoria shot to stardom through her breakthrough role in the law sitcom ‘Alley McBeal’. She is also kmown for her roles in Arrested Development’, Better Off Ted’, Nip/Tuck’ and the bad press surrounding her skeletal frame which made headlines during her days in ‘Alley McBeal’. Watch out for de Rossi in the upcoming season of Scandal’. 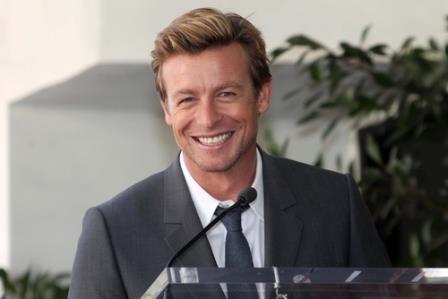 This Tasmanian came to world fame when he starred as Patrick Jane in The Mentalist’ and The Guardian’. Nicole Kidman and fellow Aussie Hollywood star Naomi Watts are the godmothers to the children of Baker and his wife, Australian actress Rebecca Rigg. 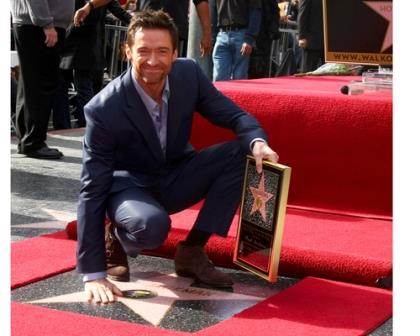 One of Australia’s most celebrated and well-liked actors is Hugh Jackman. Jackman obtained cult status for his role as the broody and mysterious Wolverine of the X-Men saga. But we all know Hugh is more than a one-dimensional actor and is quite fond of a bit of song and dance. He won early career plaudits while treading the boards in productions of such musicals as ‘Oklahoma’ and ‘The Boy From Oz’ and of course was seen sensitively portraying the lead role of Jean Valjean in the film version of  Les Misérables’ opposite fellow Aussie Russell Crowe (whose can’t sing and dance). Hackman’s ‘Les Miz’ performance earned him an Oscar nomination.

Jackman who is also a much-loved presenter and received an Emmy Award in 2004 for his hosting of the Tonys. Jackman hosted the Oscars in 2009 and is a regular presenter of the Tony Awards – which he has now hosted four times. 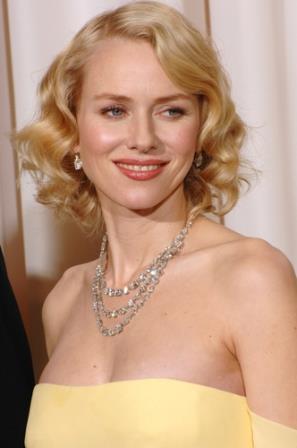 British-born Watts came to the Hollywood screens after cutting her teeth on Australian TV productions like the soap Home and Away’ and sitcom ‘Hey Dad!’. Her Aussie film breakthrough came when she and best bud Nicole Kidman starred together in the coming-of-age comedy ‘Flirting’ alongside Thandie Newton.

It took 10 more years though for Watts to get her big Hollywood break in the thriller Mulholland Drive’ in 2001. She starred in The Ring’ the following year and recieved her first Oscar nomination for her role in 2003’s ’21 Grams’.

Watts made the cut onto People Magazine’s Most Beautiful People in 2002. She is now a goodwill ambassador for Joint United Nations Programme on HIV/AIDS. 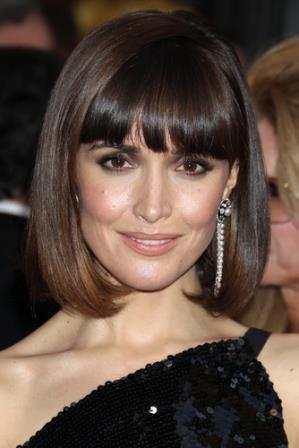 Sydney-born Rose Byrne was noticed when she appeared in the television series Damages’ with Glenn Close. Following numerous bit parts, such as opposite Brad Pitt in ‘Troy’, it’s really only been recently that she has made her mark with major parts in films like Bridesmaids’ and ‘Bad Neighbours’, This Is Where I Leave You’ and X-Men: First Class’. 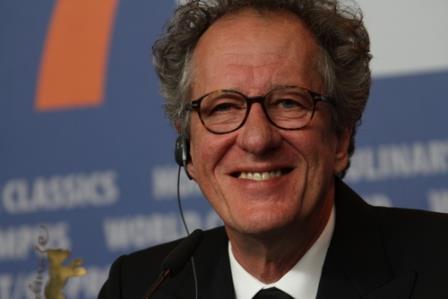 Coming to prominence for his lead role in acclaimed Aussie film ‘Shine’, Geoffrey Rush is probably best known to the masses for his role as Captain Barbossa in the Pirates of the Caribbean’ series and his supporting role  The King’s Speech’.

Rush has an Academy Award, a Tony Award, an Emmy Award, two Golden Globes, and three BAFTAs on his mantel piece. 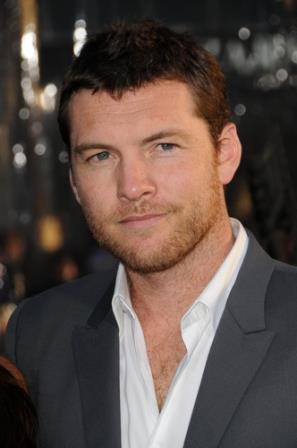 Sam might be more recognizable if you painted him blue. No, not a Smurf but the blue-tailed, pointy-eared, weirdly tall guy who hops around forests in another dimension saving a tree. Yes, Aussie Sam Worthington played the lead in the blockbuster 3-D computer animation Avatar’.

This buff boy was also seen in the action box-office-hits Terminator Salvation’ and Clash of the Titans’. He is also one of those few actors who features in a video game – Worthington is the action-man in Call of Duty: Black Ops’. 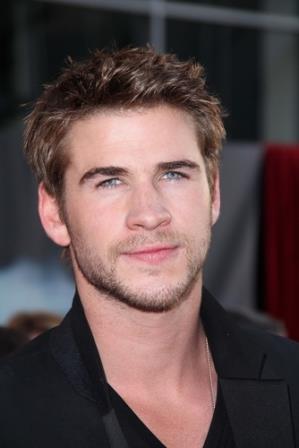 Liam followed brother Chris Hemsworth to Hollywood and staked his claim on the Tinsel Town hot-list when he was reaped’ to co-star in The Hunger Games’ series alongside Jennifer Lawrence. In 2013 Hemsworth no.2 was played opposite Harrison Ford and Gary Oldman in Paranoia’. 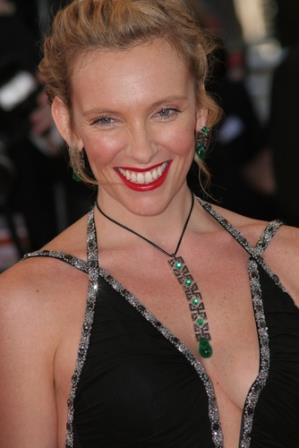 Veteran Australian Actress Toni Colette played leads in About a Boy’, opposite Hugh Grant, and in Little Miss Sunshine’ with Greg Kinnear, but Colette is possibly best known for her role as Muriel in the classic Australian film Muriel’s Wedding’. Colette’s first Academy Award nomination was for her role as Haley Joel Osment’s mother in the thriller Sixth Sense’ with Bruce Willis. 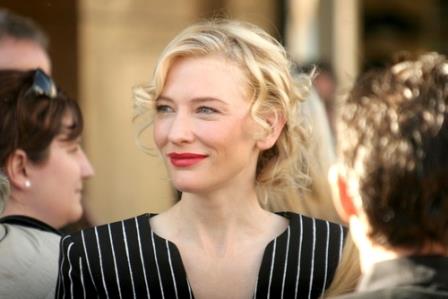 With a string of awards, Cate Blanchett is one of Australia’s most successful actors. Statuesque Blachett lists two Academy Awards, three Golden Globes, and three BAFTAs on her acting CV.

As well as her lauded lead role in the ‘Elizabeth’ films,  Blanchett has played the ethereal Galadriel in The Lord of the Rings’ and The Hobbit’ trilogies and is memorable for her roles in The Talented Mr. Ripley’ with Jude Law and Matt Damon. She also played a fierce Nazi commander in the somewhat regrettable Indiana Jones and the Kingdom of the Crystal Skull’. Cate tenderly played Bard Pitt’s love interest in The Curious Case of Benjamin Button’ and most recently joined forces with Damon again, this time in The Monuments Men’ also featuring George Clooney and Bill Murray. 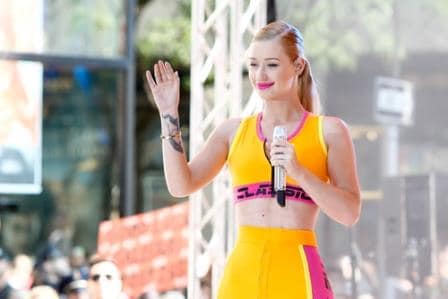 The latest addition to the list. Sydney-born-and-bred singer Iggy Azalea dropped out of school at 15 telling her parents she needed an American holiday. This Aussie’s holiday soon turned into a successful international hip-hop career which is still in the ascent. 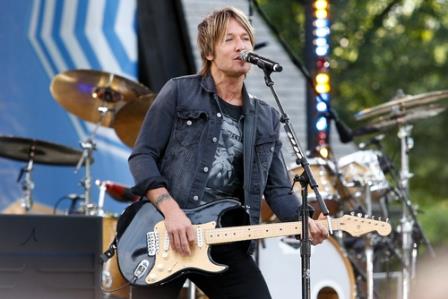 Although this successful country music legend was born in New Zealand he was raised in Queensland. Urban also served a stint on American Idol’ in 2012 and Australia’s The Voice’ in 2011. He married fellow Australian Nicole Kidman in 2006.