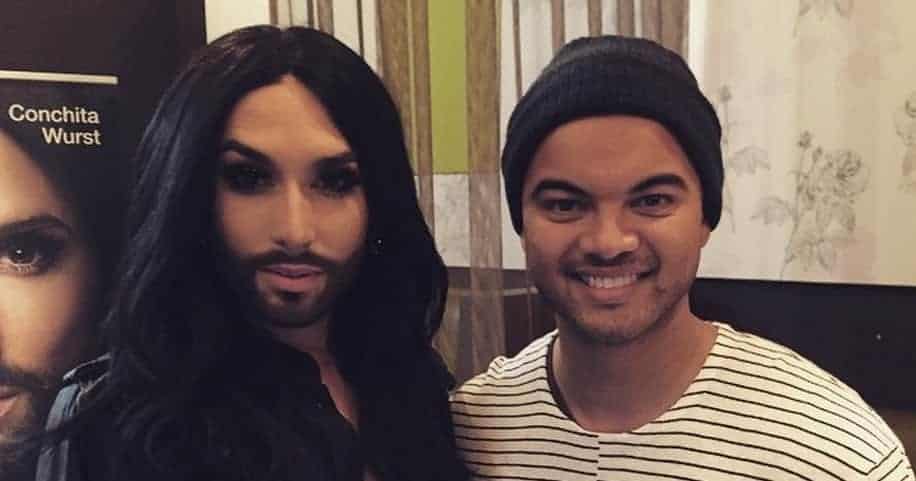 The Austrian drag performer complimented Australia’s guest Eurovision contestant for his performance talents and good looks after meeting him at a warm up event in London.

“He’s a great live performer, he’s good looking which will help, and the Europeans are very excited about him,” she said.

Also see: Top 5: Hey Eurovision, let us introduce you to our Guy… Sebastian

Why Ello London peeps, I’m flying in tomorrow and having a jam with my mate @nick_kingswell at Sindercombe Social, Shepherds bush at 8:30 ish. Just super casual not sure what I’ll sing but will be fun

Sebastian and Sweden’s Mans Zelmerlow are hot favourites to win the 2015 Eurovision Song Contest in Vienna next month.

Australia was offered a wildcard entry to compete at the 2015 Eurovision Song Contest and Australians will also be able to vote for their favourite performances for the first time.