Aussie actor Guy Pearce tells of his battle with marijuana

In a candid interview this week Guy Pearce, the brains behind the hit Australian movie ‘The Rover’ and contributor to the success of UK award-winning ‘The King’s Speech’ confessed to his former dependence on marijuana. 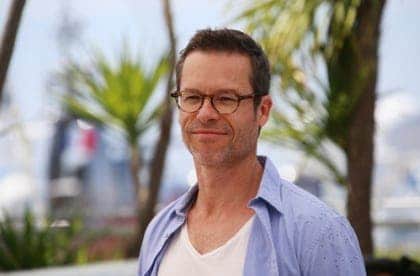 Hollywood A-lister Guy Pearce is a face well known to movie goers all over the globe. However, what fans may not have known is that the Aussie actor had a major thing for marijuana.

Speaking to GQ Australia this week Pearce admitted to turning to weed to help his creative process — something many well-known artists, including Britain’s Sir Paul McCartney, are known to have indulged in too.

But, admitted Pearce, the stress and being over worked took its toll and in an attempt to cope with the demands he turned to marijuana. Staying on his mellow high while he smoked the substance constantly he says his creativity was also further fuelled by his eventual addiction to pot, however it jeopardised his career.

In the interview he says that this dependence on marijuana peaked in 2002.  He spent the year as a recluse and devoted himself to playing his guitars and getting stoned.

“There was no conscious reason to my all-day, everyday pot smoking other than I was overworked and thought being high was great fun.

“It’s a terrible thing to advocate, but I’m not the first person to talk about drug taking and creativity in the same sentence and the fact is, I was hooked on it,” he said.

“I loved the altered state marijuana brought me and I really enjoyed making music and delving into films through the prism of pot.”

He said to GQ that ironically work got him back in the saddle when screenwriter & musician Nick Cave phoned him directly and offered him the lead role in the critically acclaimed 2005 Aussie film The Proposition.

“Strangely, it was Nick Cave who got me out of it. The phone rang at home and of course I was stoned and didn’t answer. This big baritone voice started on the answering machine: ‘Look I’m sorry to be calling you at home, Guy. It’s Nick Cave. We’ve sent you a script and I dunno if you’re interested …’ By now I was giggling under the sofa going, ‘Faaaark man, it’s Nick Cave’.”

The relatively low-budget film was a box-office success and grossed $5 million on a budget of $2 million.

It was an opportunity for Pearce to showcase his range and versatility as an actor which have subsequently led to the continuance of his successful career.

Rising to fame alongside Russell Crowe in LA Confidential, the Aussie actor’s biggest recent success was Promotheus which grossed $400 million at the box office. He is also known as the villain, Aldrich Killian, opposite Robert Downey Jnr in Iron Man 3.

Pearce, 46 has also in 2010 award-winning British film The King’s Speech in which he played playboy David, the Prince of Wales, who became King Edward VIII. But it was his role as Mike in Neighbours in 1985 that introduced him to Australians.