Gurrumul is back with a gem in Rrakala

The hymn-like quality of Gurrumul's latest album, Rrakala, makes it perfect for a lazy Sunday morning, with songs of family and home, ancestors and intimacy with the earth a reminder of what Australians often miss when abroad. 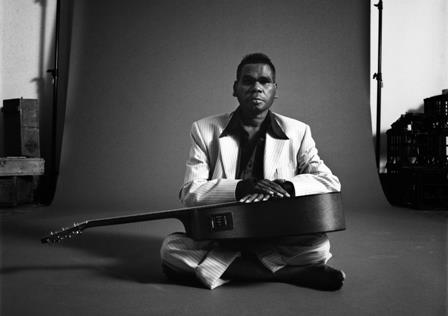 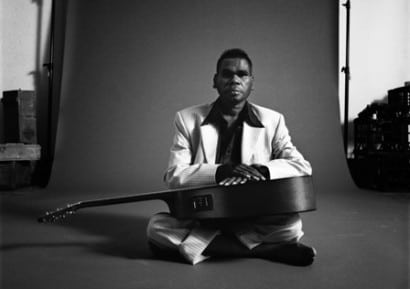 Stevie Wonder. Ray Charles. Andrea Bocelli. All phenomenally talented musicians, yet all unable to see the notes on the pages in front of them.

With his latest album going gold in Australia, and audiences lining up for the album around the world, Gurrumul is slowly edging his way into this elite group of blind superstars.

Geoffrey Gurrumul Yunupingu’s Rrakala is named after the Gumatj tribe to which the singer-songwriter belongs, and is only his second solo album in the three years since selling half a million copies of his self-titled debut.

In the meantime, Gurrumul has been busy recording with reggae-ska band Saltwater and shrugging off compliments from Sting, Elton John and will.i.am; the notoriously shy musician happy to let his guitar do the talking.

In recording Rrakala, Gurrumul spent time in two continents, playing in a converted power station in New York as well as at the famous 301 studio in Byron Bay with ARIA-nominated producer Michael Hohnen. The result showcases Gurrumul’s skills on piano, drums, acoustic and electric guitar, a combination that will leave you awe-struck.

But if you’re worried that the artist is changing tact to keep with current trends, fear not. The heavily anticipated follow-up to Gurrumul is more of the same, featuring the beautiful harmonic vocals that cut straight to your soul and haunting guitar melodies that demand a second (and third) playthrough.

The first track, ‘Gopuru’, bounces off with a lithe piano theme before launching into a trademark Gurrumul duet, accompanied by a driving guitar melody reminiscent of ‘Wiyathul’, the opening track on his previous ARIA-nominated album.

“Australia’s most important voice,” (as described by Rolling Stone) then grows more pensive with ‘Ya Yawirriny’, the first of several slower, bittersweet songs that include the piano ballad ‘Warwu’, and ‘Djottara’, the thoughts of a Gumatj tribeswoman away from her home, sung over patient picking on nylon-strings.

The mood picks up in time for ‘Banbirrgu’, arguably the song most worthy of a stadium sing-along on Rrakala, but retains the stoic, humble atmosphere that dominates album’s mid-section.

The hymn-like quality of this album makes it perfect for a lazy Sunday morning, it’s songs of family and home, ancestors and intimacy with the earth a reminder of what Australians often miss when abroad.

Rating: Three and a half stars.