London's Old Royal Naval College is the stunning setting for the theatrical and dramatic performances BT River of Music is bringing from Australia, New Zealand and the Pacific Islands. 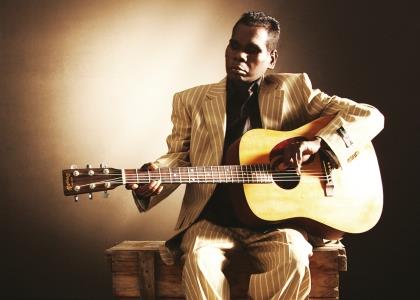 THE twin domes of Sir Christopher Wren’s riverside masterpiece, the Old Royal Naval College provide a suitable stunning backdrop for the setting for the theatrical and dramatic performances BT River of Music is bringing from Australia, New Zealand and the Pacific Islands. And the tickets are free!

Taking place Saturday 21 and Sunday 22 July, BT River of Music is billed as a once-in-a-lifetime two-day free festival of live music, welcoming the world to London the weekend before the Opening Ceremony of the London 2012 Olympic Games.

A spectacular global summit of rhythm and song, the two-day free even – featuring separate stages around London representing Europe, Asia, Africa and Oceania – will act as a curtain-raiser for the sporting celebrations to follow and will feature artists representing all Olympic and Paralympic nations, from the largest nations to the tiniest ocean island.

Fresh from performing as part of the Queen’s Diamond Jubilee Concert at Buckingham Palace, Australian music sensation Gurrumul (pictured) heads up a stellar line-up on the BT River of Music Oceania stage at the Old Royal Naval College, Greenwich.

Joining him are The Barons of Tang, an Australian group with phenomenal gusto, lashings of tango, hard hitting guitar riffs, blasting beats and massive horn arrangements which all comes together in a mix that is smothered with a Balkan feel. For BT River of Music they team up for a special collaboration with Arthur Jeffes (Sundog, Penguin Café).

Also performing are The Black Arm Band Company, an award-winning group of singers, musicians and songwriters who celebrate Australian indigenous music as an instrument of identity, resilience, and a call to freedom.  In collaboration with alternative Welsh folk group 9Bach they spearhead a new project, Mamiaith — Mother Tongue,  focusing on the preservation of language and culture through music and song.

Coastal Voices is a large scale participatory choral project that brings communities and people of all ages across Dorset and Devon together. Singers from the region will join Australian-born violinist and composer Sonia Slany to perform her arrangements of Nick Cave songs.

Green Fire Islands is a creative and inspiring show that integrates Maori and Irish music, dance and poetry of old with the stories of today. For BT River of Music, dynamic guitarist and musical director Steve Cooney leads a stellar ensemble of the leading lights of both contemporary and traditional musical circles from Ireland and New Zealand in an in-depth discovery of musical connections between two island cultures.

Sing Sing is a phrase from Papua New Guinea meaning a music party celebration of song and dance. Since the 1990s the Sing Sing concerts have brought together some of the most important singers, musicians and dancers from the Oceania region in unique performances to explore shared traditions. For BT River of Music, David Bridie’s Sing Sing brings together musicians from 18 different nations in the Australasian region. Performers include Australian singer/songwriter Frank Yamma whose soulful ballads relate the struggles and hopes of the indigenous people.

Tickets for BT River of Music are free (except for small administration fee of £3 per ticket) and are booking fast. For info and tickets see: www.btriverofmusic.com