FREE DOWNLOAD: The Griswolds ‘Heart of a Lion’ EP

The Griswolds are making you an offer you can’t refuse - download their new EP, absolutely FREE! 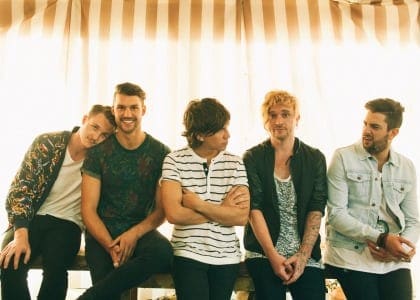 Indie-Rock larrikins, The Griswolds are the latest band to be added to the growing list of Aussie music success stories making a name for themselves overseas.

Soaring vocals, percussive indie beats and a wicked live show have all combined to make The Griswolds a hit in the US and now with a new album on the way, the UK is the next stop for their tequila fuelled and very unique style of indie-rock.

If you’ve been in the UK for a while you might not yet have caught up with one of Australia’s latest indie success stories:

The Griswolds came together in 2012 when singer/guitarist Christopher Whitehall and lead guitarist Daniel Duque-Perez came together to write songs. The Griswolds were thrown into the spotlight immediately after they found instant success early when they became Australia’s Triple J “Unearthed” feature artist and won a slot on the 2012 Parklife Festival line-up.

Driving this success was their first hit, Mississippi – a track which was based on an expanded guitar riff Dan had written. That was when Dan and Chris knew they had great songwriting chemistry.

Check out the official video for The Griswolds, ‘Mississippi’

The Griswolds’ line-up is rounded out by bassist Tim John and Lachlan West.  They self-recorded and released their debut EP in Australia during the autumn of 2012 and lead track Heart of a Lion became an overnight sensation not only in Australia but also in the Netherlands where it reached No 3 on the radio airplay charts.

Around this time the band made their first overseas trip to play tastemaker festival CMJ in New York and based on the reaction that their live shows were getting and their growing following The Griswolds signed to world famous indie label Wind-Up Records. The band spent much of 2013 touring, growing their audiences in the US and Australia.

Earlier this year The Griswolds played the massive South by South West Festival in Austin, Texas. Their shows there saw them named by The Huffington Post and The Atlantic as one of the bands most likely to break internationally based on their live shows at the festival.

Fast forward to today and the band are currently back in Australia taking a break ahead of heading back to the US to promote their new album and new single, Beware the Dog, both of which they recorded in LA with producer Tony Hoffer (Kooks, Fraellis, Silversun Pickups).

They then head here to the UK where we will finally get a chance to see The Griswolds infamous live show. If you’ve seen any of their videos you’ll know what we mean. The Griswolds love to wear outrageous costumes on stage, indicative of the kind of party atmosphere they try to create wherever they go.

Hearing the Griswolds music is to find yourself grinning from ear to ear. The Griswolds have been compared to MGMT, Vampire Weekend and Passion Pit but, with their sense of antipodean mischief and unique angular approach to indie-rock, The Griswolds have invited us to a party that is entirely of their own making and the only way to get an invitation is via their music.

The first track off their new album is called Beware The Dog and it’s scheduled to get its international release on May 13. However, before that, Australian Times is giving you a chance to get to know The Griswolds in the best possible way – by grabbing some of their music!

FREE DOWNLOAD: The Griswolds Heart of a Lion EP

Head to the special Heart of a Lion sign-up form to jump onto The Griswolds VIP List. This will put you first in line to hear about The Griswolds releases and Shows.

Then on June 1st you’ll receive an exclusive email which will give you access to download the entire Heart of a Lion EP for free for a limited time. You have to be on the list by June 1 to qualify for the special download.