Beyond the front row at AC/DC's Rock or Bust Tour concert at Wembley.

by Justin Ng
in Lifestyle

90,000 screaming hard rock fans, attired with devil horns or dressed up like Angus Young in his trademark schoolboy uniform, filled Wembley for the two-hour, sold out show.

The band’s last appearance on the global stage was for the ‘Black Ice World Tour’ where they played around the UK in 2009 and came back to headline the Download Festival in 2010. The band suffered challenges with the arrest of drummer Phil Rudd and the retirement of Angus Young’s brother Malcolm, due to illness, and were eager to put all of these troubles behind them for the Rock or Bust Tour. A blast of pyrotechnics opened the show with a bang and the band showed they could put on an energetic show with Angus Young saluting the crowd and lead singer Brian Johnson moving from wing to wing to ensure everybody got their money’s worth of attention. The hit song ‘Rock Or Bust’ opened the show, with favourites like ‘Back In Black’, ‘Dirty Deeds Done Dirt Cheap’ and ‘You Shook Me All Night Long’ in a typically fan-pleasing set. 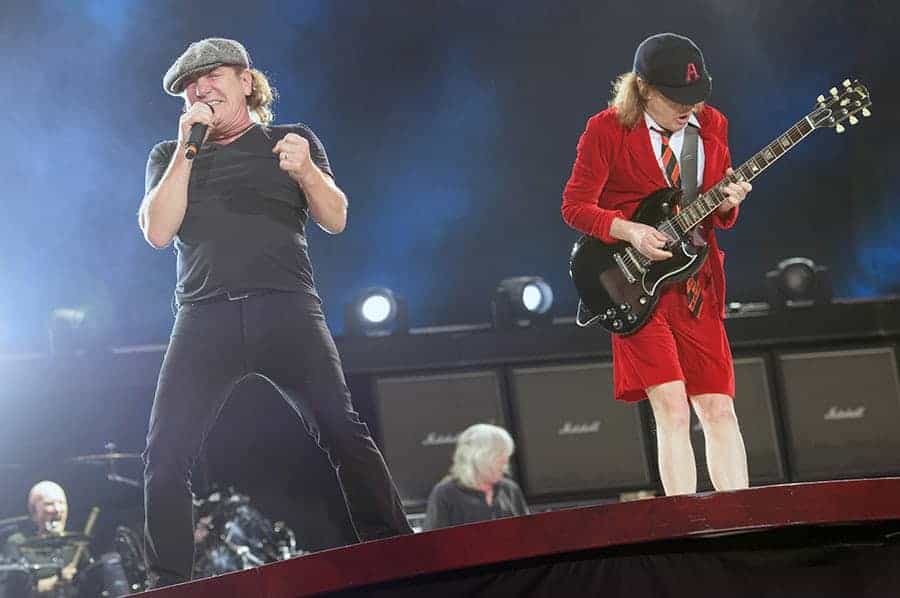