Perth is under more pressure than most regional hubs.

by Shanaka Thanapathy
in Lifestyle Think about it. If you want to travel to a city with more than 100,000 people from the capital of Western Australia, you need to get yourself to Adelaide, South Australia. Adelaide, by the way, is 2,104 km away. Not even Vladivostok or St. John’s, Newfoundland are that lonely.

Remote but not dull

The takeaway is this: Perth, rather famously of course, is the most remote city on the planet. It has become cliché for travel writers to cite the fact that the city is closer to both Dili, East Timor and Jakarta, Indonesia than Sydney, Brisbane, or Canberra but, hey, how cool is that? 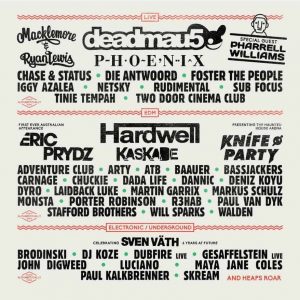 Cool as this may be as party trivia fodder, what can we extrapolate from the data? Well, for one, a certain measure of self-reliance probably has to set in for a city like Perth to thrive under such geographic constraints. And, from the looks of it, mission done and done.

You know that old adage about how the Chinese character for challenge is the same as for opportunity? Perth knows all about it. The city has spun the fallacy of isolation on its head, and – in tandem with Western Australia’s resource boom and economic revolution over the past decade – branded itself as a genuine, go-to destination.

And not just for tourists, either. Expats covet the Western Australia capital as well. To wit, Perth ranks in the top ten in the Economist Intelligence Unit’s most recent list of the world’s most liveable cities.

When you see the hotel rooms in Perth, the ones that have sprung up over the last five years or so, you get a sense of the sea change that has come to the city and, indeed, the state.

All this has been beneficial for Perth’s culture vultures. Sure, not everyone appreciates how nouveau riche patrons of the arts (see Georgina Hope Rinehart et al) change the landscape but, overall, Perth has a healthy arts scene for a city so, apparently, “disconnected.”

Take the Future Music Festival, for example. The annual Big Day Out-like event has been at it since 2006 and duly lures massive international acts to the likes of Sydney, Melbourne, Brisbane, Adelaide and, yes, Perth, every February and March. The festival is especially strong in the EDM and garage rock departments but also caters to eclectic tastes with names like The Chemical Brothers, Pharrell Williams, New Order and The Stone Roses.

The 2014 edition will take over Arena Joondalup, 25 km west of Perth, on Sunday March 2. The lineup is borderline ridiculous. Headliners include Macklemore and Ryan Lewis, deadmau5, Phoenix, Cut Copy and Hardwell.

Maybe the best news of all, however, is the fact that the event has a book now, pay later scheme that seems very avant-garde (and benevolent) for music festival organisers. At the other end of the spectrum, Future Music also offers a pretty sweet VIP package. This includes express entry, access to a designated VIP area, VIP bar and toilets (crucial at a music festival) and lots of schwag.

Not a bad way to spend Labour Day weekend in Western Australia.

A love of everything music, Jessica is always traveling around the various music festivals that happen within Australia.