From A to Z with Paul Kelly

Paul Kelly's been entertaining audiences for three decades and the ever popular Australian musician is still in huge demand around the world, as evidenced by his four sold-out shows in London this week. 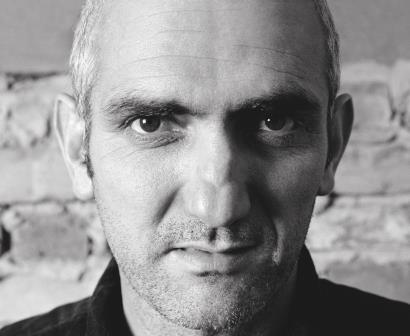 HE may have sung about doing ‘All The Dumb Things’ but there’s no disputing Paul Kelly’s standing in the hallowed halls of Aussie music royalty. He’s been ntertaining audiences for three decades and the ever popular Australian musician is still in huge demand around the world, as evidenced by his four sold-out shows in London this week.

To launch the release of his 8-CD box set ‘The A-Z Recordings’ (enter the competition to WIN the box set, here), the inimitable Australian songwriter and raconteur Paul Kelly will play an unusual four night residency at London’s Bush Hall this week, starting on 30 August.
Across the four nights, Paul will play 100 songs from his back catalogue in alphabetical order, starting the first night with ‘A’ and ending the very last one with ‘Z’ — with no repetition. These shows promise to showcase both the playful and revealing sides of Paul’s personality and repertoire.

Paul Kelly is one of Australia’s most prolific and important artists. Whether solo or with one of his many groups — including the Dots, the Coloured Girls and the Messengers — Paul has been creating snapshots of Australian life since his debut back in 1981. A searingly truthful, yet tuneful, songwriter in the mould of Elvis Costello or Ron Sexsmith, he is notable as much for his lyricism — which can be caustic and emotional or wryly humourous — as for his varied musicianship which draws from folk, rock, bluegrass, electronica and dub reggae.

A veteran of 25 albums — with his latest ‘Stolen Apples’ released in 2007 — Paul has won eight ARIAS and been inducted into the ARIA Hall of Fame in 1997. Two of his songs are in the APRA’s Top 30 Australian Songs Of All Time — his biggest selling single ‘To Her Door’ and ‘Treaty’, which he co-wrote and performed with Indigenous band Yothu Yindi.

This week London gets to witness Paul in all his splendour with his unique Bush Hall set. ‘The A-Z Recordings’ started life in 2004 as a series of four shows, during which Paul would play 100 songs from across his ongoing 30-year career in alphabetical order, 25 songs per night. The idea was to perform the songs “undressed, in many cases close to how they sounded when they were first written, before being arranged with a band.” Yet in the process of having to re-learn, perform and re-evaluate each song, Paul found himself talking about the music and the context behind each piece. With an eye to providing some notes for an eventual collection, Paul wrote and wrote and wrote; the next thing he knew he had completed ‘How To Make Gravy’, a memoir — or “mongrel memoir” as he calls it — which was published last year.
The culmination of a six-year process, ‘The A-Z Recordings’ and subsequent live shows are a collection that re-evaluates what a Greatest Hits compilation should be. And what better way to do it than with one of Australia’s best ever musicians.
All four nights are sold out this week but for those who don’t have the fortune of catching Paul in London this time round, he will be back in February next year, at Islington’s Union Chapel, again presented by Australian Times. For tickets, click here

Are you going to one of Paul’s shows this week? Check daily for a review of the night before’s show or write your own review in the comments section, below.