The Nine Network’s struggle to fill the final remaining seat on its new-look Australia’s Got Talent line-up has been resolved today with the announcement that Geri Halliwell would replace former band mate Melanie Brown as a judge on the Down Under edition of the TV talent quest. 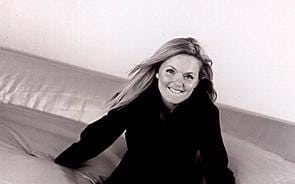 THE NINE Network’s struggle to fill the final remaining seat on its new-look Australia’s Got Talent line-up has been resolved today with the announcement that Geri Halliwell would replace former band mate Melanie Brown as a judge on the Down Under edition of the TV talent quest.

After initially signing on with Australia’s Got Talent, Brown was banned from appearing in the series when rival network Channel 7 launched a legal challenge claiming that her participation would contravene her existing contract with them. Ms Brown, a former judge on The X-Factor Australia, had signed an agreement with Channel 7 that prevented her from appearing on any other television network in Australia “at any time before January 31, 2014.”

Despite rumours of tension between the former Spice Girls band members, Ms Halliwell claims that she had sought Ms Brown’s approval before agreeing to take on the Australia’s Got Talent role and that she had given her blessing.

Ms Halliwell said: “She actually said I just want you to know I think you should do it cause you’re gonna have a great time and I love Australia. I actually genuinely love the show, you know. I watch Britain’s Got Talent and I’m a fan of the show. I think shows like that are brilliant and I love the opportunity they give to normal, everyday people.”

The 40-year-old pop star joins a completely revitalised judging panel for the 2013 edition of Australia’s Got Talent, with the program’s change of network from Channel 7 to the Nine Network sparking a shake-up in production. Ms Halliwell will join shock jock Kyle Sandilands, British comedienne Dawn French and Australian singer Timomatic as the contest’s judges.

Regarding her controversial new colleague Kyle Sandilands, Ms Halliwell said: “I watched some of his tapes. I watched him being interviewed and I think he’s quite a sensitive soul. I don’t know, I’ll get to know him and suss him out, or should I get him in a headlock? I’ll give him a smack on the bottom if he gets out of control.”

Ms Halliwell, recognised alongside the rest of the Spice Girls as a national treasure during the Closing Ceremony of the 2012 London Olympic Games, said that she is looking forward to spending more time in Sydney and going on the prowl for eligible Australian men. She said that she was a major fan of Australian actor Eric Bana, however knew he was not available for a date.

Ms Halliwell said: “I really think he (Bana) is fantastic. I quite fancy him, but I think he’s married isn’t he? Okay, but I hope his wife doesn’t mind me saying I think he’s incredibly talented and a very attractive man.”

The seventh series of Australia’s Got Talent — which will be its first on the Nine Network — is scheduled to premiere in mid-2013.