AUSTRALIA DAY | Living the expat life in the UK has its advantages, but when it comes to voting in Triple J's Hottest 100 it's easy to feel like you're in the dark. Our music guru GEORGE KATRALIS sheds some light on what songs have been big in Oz over the past year to help you with this very important decision. 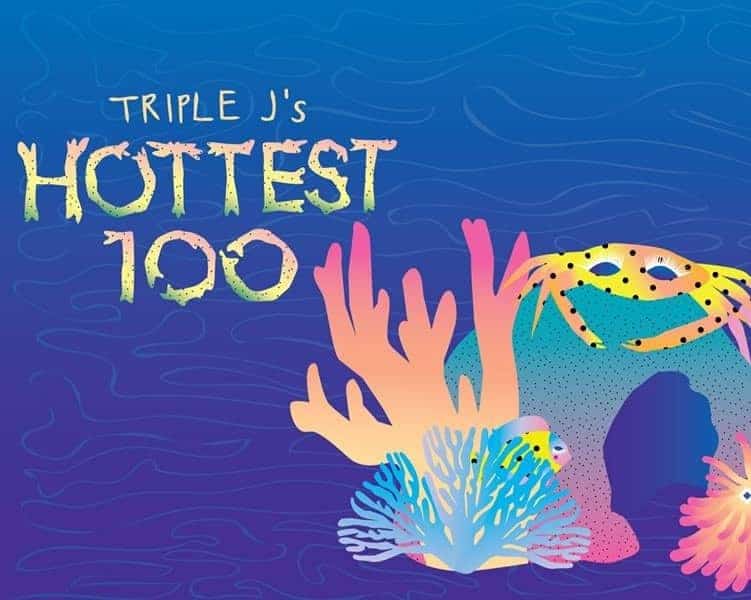 AN English mate recently quipped at the notion of Australia Day. Asking me. “Australia Day? What’s it for? Is it an ex-pat thing?”

“No”, I replied, taking a bit of pride in his ignorance.

“It’s a day commemorating you fellas colonising the place we all call home.”

We had a laugh, complete with the usual friendly banter and casual racism we share with our English brothers. “You’re convicts”, “Yes, but we won the Ashes” and so on and so forth.

In the end we concluded, despite the history behind the day, in essence, it’s a day to celebrate all that it means to be an Aussie! Who we are, where we come from, how we got there and where we’re going. Days like this tend to amplify in meaning when you’re so far from home and celebrating with your fellow orphans.

Australia Day gives all us Aussies an opportunity to channel our inner Bogan.

We head to the beach in droves, crack open some beers, have a BBQ, play some cricket, wear flanno, head to the local, sing ‘Horses’ by Daryl Braithwaite and ‘The Voice’ by John Farnham, until our throats are horse and our lungs are empty and we end the day with fireworks!

Being an ex-pat living in London, we get caught up in the culture we’re surrounded with. And truth be told, it’s great, and that’s what we came here for. But it can get hard to remember what it feels like to be an Aussie at times. We love our culture but like our convict ancestors, we have adapted to our new home. We embrace the weather, we grunt if a tube is coming in 3 minutes instead of instantly. We avoid central London at all costs and lose patience at those ‘tourists’ who stop in front of you for no reason. We try Marmite, we settle for Fosters and we even learn the appropriate response to that odd customary greeting of, ‘Alright!’

One of the hardest things I find about living away from home is trying to catch up on things you’ve fallen behind on because you’re away.

For me, being an avid music fanatic, and one who waves the flag for Australian music higher than most, Triple J is something I crave and Australia Day, a day when I’d ordinarily kick back and listen to the Hottest 100 countdown, has gone from being a day when I’d wax lyrical about the choices, to a day where I’d be lucky to know at least one song in the top 10. And, after speaking to a few Aussies, I can tell I’m not alone. So, here to help. I have picked out 5 songs which I think will (or damn well should) make an impact in the count.

Stepping away from the “You Am I” shadow, this once upon a time bedroom guitarist has taken his musical journey back to where it began. His bedroom.

Recording and releasing his first solo EP, Davey Lane spent most of 2012 recording over 20 songs which he plans to release throughout 2014. However, it was in 2013 that we saw him rest his pop rock sensibilities and venture into the world of synth driven prog. The result, a catchy single that has you scratching your head at first, but grows on you until you find yourself singing along to it at random times and in random places. Sadly, “You’re the cops, I’m the crime”, if I’m to be completely honest, probably won’t chart. And if it does, it’ll be lower down in the count. But this falls into my ‘damn well should’ category, because this song is awesome and well worth a listen.

This band have come a long way. And it’s been a pleasure to see them rise from the depths of their heavy roots into a band of great songwriters, excellent producers and fantastic performers.

Lanterns is a beautifully crafted song. The lyrics are blissful, the music is melodic and sweet. The vocals are uplifting and the production is shmick!

Expect to see these guys chart very high and possibly take out the honours. And if they do, expect them to be a regular feature in the Hottest 100 for years and years to come.

I’m not gonna lie to you. This song is pure rubbish. It’s like a four-minute impression of Taylor Swift trying to be Fleetwood Mac. If you like girl pop that’s just indie enough to be talked about in the same vein as “Call me maybe”, then this is for you. As for me, it would never have accommodation spinning on my record player.

This will probably chart, and chart in the top 10. Less for its musical value, but more as a growing testament to the way Triple J is appealing more and more to a mass audience and gaining commercial appeal.

Yes, it’s true. I don’t like DJs and I just slammed a pop song. But damn if I haven’t tapped my feet to this as I’ve been cutting up a rug!

Daft Punk. We all know them. The space guys whose gigs seem to shut down major cities have done it again with “Get Lucky”. But unlike with previous songs, “Get Lucky” crosses a few genres. Pop, alternative, disco and dance. Despite its April release, which never bodes well for songs in the Hottest 100, this song has grown legs and managed to be just as played now as it was then. Expect it to chart in the top 20, if not the top 10.

So, this song is my hot tip to take out the gong! Again, another example of Triple J’s growing commercial appeal as “Royals”  feels equally at home on Nova as it is on Triple J.

Penned by Ella Yelich-O’Connor, this Kiwi singer/songwriter has certainly crossed demographics and styles with her song, dealing with the rejection of the material.

This song is both catchy and well written. The lyrics are innocent and the chorus is hooky. It has all the makings of a hit, but the odds are stacked against her too. In all the years of the Hottest 100, no solo female has ever won and no native New Zealander has won it either, so if she takes it home with her she’ll be achieving quite a lot and making a bit of history at the same time too. However, she does have the Tall Poppies and avant-garde naysayers who’d love to see her chart success fail her on the big day. So still with this song being a heavy favourite, it could be left up to anyone to steal it from her.

With time running out to cast your vote, click here to make sure your favourite song makes it into Triple J’s Hottest 100.