Flying pianos, fire, lots of confetti and Coldplay on The Voice

The VoiceBox | Week 8: The (not-so) live shows kick off and now it’s Australia’s turn to vote. 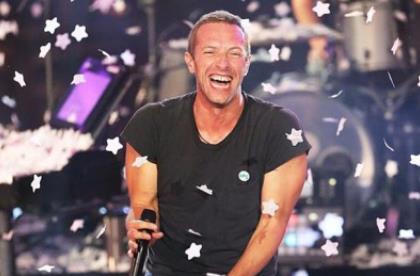 The Voice Australia: Yes Chris Martin, we think it’s funny how Coldplay have turned into a trance act, too

Ahh, the joys of being one of the biggest bands in the world. You can sometimes command what you want, where you’ll play and when — and completely alter people’s schedules so they can get on board with you.

Hence, Coldplay brought The Voice Australia to its knees this week — as producers scrambled to get them to do a special appearance on the show during their video shoot and promo visit to Sydney last week. They could only fit in a pre-recorded performance on Friday — cause you know, Chris Martin probably wanted to spend the weekend writing another break-up song about Gwyneth Paltrow.

So they turned up to Fox Studios on Friday night and did their two songs — and host Darren McMullen told us to go buy their album just a few too many times.  And as a result, even though this episode had been billed as the start of the ‘Live Shows’, it was glaringly obvious through the weird filming style we’ve become used to in this series that the rest of the show had been pre-recorded as well.

And if all that pre-recorded stuff wasn’t enough, between performances we saw all the contestants (bar a couple who didn’t fly for various reasons) loitering around in New York, Los Angeles or London — raving at the fact that they’re out of the country and rehearsing their songs with their mentors.

Put all that on top of the 16 (count ‘em) individual performances from the contestants — as well as the regular coach deliberations as they decided who to ‘Fast Track’ through to next week — and you deserved a medal if you were able to make it through this bloody exhausting episode of The Voice Australia.

All of that aside — the crux of the show is actually hearing these artists with (ahem) remarkable voices sing. So here’s how everybody fared:

Anja: Kicked off the show wonderfully with a lovely cover of Jackson 5’s I’ll Be There and managed to show a wide range of different vocal techniques whilst doing so.  Clear to see why she’s a favourite.

Matt: Looked like a bit of a Justin Timberlake wannabe and a little exposed without his piano in his all-white get-up, doing Chris Brown’s Fine China. That was until his instrument of choice got dropped in from the ceiling and he played on it for about the last 10 seconds.

ZK: A not too shabby take on U2’s With Or Without You… but they sounded partially unbearable when hitting the high notes during the chorus.

Gabriel and Cecelia: Known for turning songs on their heads, they went a step too far with an all-over-the-place, diabolical rendition of Empire Of The Sun’s Walking On A Dream.  Somebody should have slipped them Boy & Bear’s Like A Version… err, version, from a few years back to give them some pointers.  And did we mention their matching cosmic outfits too?

RESULT:  Somewhat inexplicably, will.i.am saved Gabriel and Cecelia. Lucky for them, because their Byron Bay hippie fanbase would have probably been too chilled out to remember to vote for them this week anyway.

John: Mr. Rollins sang and bashed out the first part of his performance of Pharell Williams’ Happy on his drum kit, before waltzing down some stairs and finishing it off in a style reminiscent of Williams himself.  Pretty impressive.

Johnny: Perfect song choice doing David Gray’s Babylon.  Not the most energetic display — but that’s not what the song is about.  Another solid performance.

Kat: Ditched those stupid cat ears and had a glorified makeover in a black shiny dress.  She slipped in a few ok high notes during Sarah Berielles’s Brave, but it wasn’t as memorable as people (or should that be The Voice’s social media team) are declaring.

Robbie: A bit of an underwhelming cover of INXS’s By My Side.  Nice guy and a bit raw but not up to the track’s lofty heights.

RESULT: After a lot of deliberating (what is it with the female coaches and their decision-making on this show), Johnny gets saved from this week’s vote.

Issac: Looking and sounding like a teenager in a school production, his cover of All American Authors’ Best Day Of My Life was plain horrible.  And not to mention the random stage set-up and cheesy arrangement.

Holly: A more funk-flavoured take on David Guetta’s Bang Bang in which she had glitter coming down on top of her from the ceiling for the entire performance. Interesting, but not many fireworks to leave you wanting more.

Frank: If Holly lacked fireworks, Frank took her share and then some. With his last name inscribed on some amps in the backdrop and some lines of fire on each side of the stage, he delivered a solid take on Kiss’s I Was Made For Lovin’ You.  Could’ve worn something other than a laughable goth-like black cape though. Is he Batman?

Taila: A well-suited song as she delivered Pink’s Who Knew. Only problem is it would probably be good enough for an RSL crowd, but not an arena.

RESULT: Frank deservedly goes straight through to next week.

Elly: Not her most breathtaking moment. Vocally still impressive, but she was overpowered slightly by the backing vocalists in her cover of If I Ain’t Got You by Alicia Keys.

C Major: A little bit of a shaky start, but C Major turned it on as he went from bashing on a bongo drum to working his way around the whole room with his performance of Ed Sheeran’s Sing. The guy has some serious stage presence.

Jackson:  Hey Gabriel and Cecelia, this is how you re-work a song.  There were a few pompy notes, but them aside, Jackson grabbed Armin Van Burren’s This Is What It Feels Like and made it his own.

RESULT: A big surprise with Ricky awarding Jackson a reprieve from voting this week — meaning one of Ricky’s three arguably more flashy artists will go next week.

Best overall performance: C Major, Sabrina and Frank — take a bow. Light-years ahead of everyone else in terms of working a crowd and pulling out great vocals to boot.

Kiel’s tip: It’s a shame that one of Ricky’s esteemed team members will be sent packing on Monday, because his team could arguably be the final four for the whole competition.  Some of the contestants from the other teams who will be saved in the public vote are, in my opinion, less worthy of continuing than them.  I expect Issac to leave Team Joel, Matt or ZK to be cut from Team Will, John or Robbie will bid farewell from Team Kylie, and, based on this week’s performance alone, Elly could be a shock departure from Team Ricky.