A stunned Flume proud to be representing Aussie sounds at American music's night of nights.

Australian music producer Flume was as surprised as anyone at the 59th Grammy Awards when he was announced as the winner of  Best Dance/Electronic Album for Skin.

“Wow. This is totally insane,” the DJ known to his mother as Harley Streten told assembled glitterati as he accept the famous golden gramophone at the annual red carpet ceremony in Los Angeles on Sunday night (US time).

“I’m really proud to be here representing Australia and Australian music at the Grammys on this stage right now,” he added. 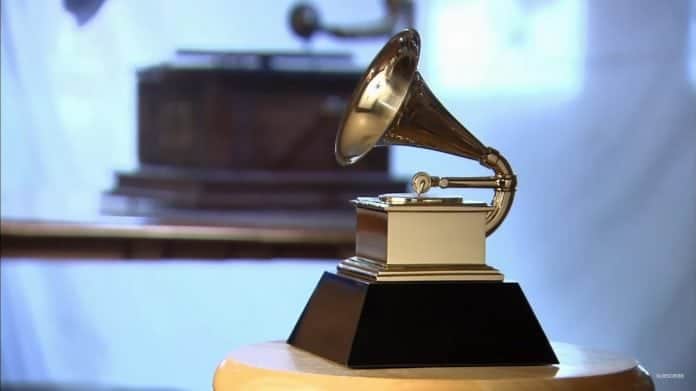 Just moments before, Flume had missed out on the award for Best Dance Recording which instead went to The Chainsmokers for their track ‘Dont Let Me Down’.

Other Aussie nominees to miss out on gongs were Keith Urban, Sia and Hillsong Young & Free, in what was a strong year for sounds from Down Under.

Adele pips Beyonce for the big ones

The 59th Grammy Awards show featured a monster of a performing line-up, with Adele, Beyonce, Daft Punk, Lady Gaga and Katy Perry all taking to the stage.

A very pregnant Beyonce took to the stage in her usual marvellous fashion. During Adele’s performance technical difficulties ensued, stuff like that isn’t a problem for the Londoner though, calmly starting the performance from scratch.

The night saw the two pitted against each other in 4 of the same categories. Adele swept the floor, taking home all four. To be specific, this means Adele took home ALL three of the night’s biggest awards: her album 25 for Album of the Year, awhile smash single ‘Hello’ claimed both Song of the Year and Record of the Year nods.

The massively sought after Best New Artist Award, went to Chance the Rapper – a particularly impressive feat as Chance releases all of his music for free with no record label. Chance’s album Coloring Book won for Best Rap Album.

Back to the alternative/rock side, duo Twenty One Pilots won best group performance for their song ‘Stressed Out’.

Although Beyonce may have missed out on the ‘Big 3’, she and her sister Solange both took home awards on the night: Solange won for Best R&B Performance while big sis Beyonce claimed Best Music Video and Best Urban Contemporary Album for Lemonade.