Floating on Ayr with Fletcher

INTERVIEW | Having toured as part of Sarah Blasko’s band, Ben Fletcher knows great music. Now, with his own debut solo album just released in the UK, he reflects on his 20 year journey with GEORGE KATRALIS. 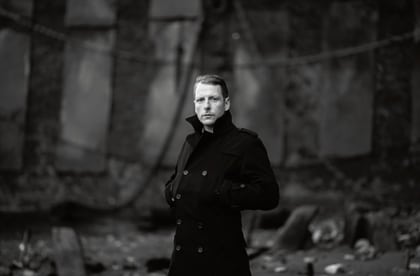 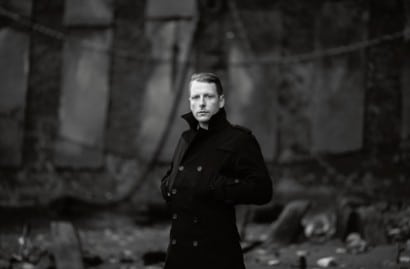 HAVE you ever had one of those moments where something you’ve been looking for has been right under your nose the whole time?

We all know the moment. You search for your sunglasses and they are on top of your head. That flash of panic thinking about where you left your keys, only to find them hanging in the front door keyhole. Or my favourite, leaving your wallet on the roof of your car. Yes, we’ve all done it.

Well, I had one of these moments recently. Only mine came in the form of a musician. An Australian musician by the name of Fletcher.

Sitting and listening to his debut album Upon Ayr, with its relaxed brand of singer/songwriter folky goodness, I was instantly curious. Where did this guy come from? And why had I not heard of him until now? Then it hit me. Much like the car keys, he’d been right under my nose the whole time.

Before being set to introduce himself and his songs to the world as a solo artist, Fletcher, or better known as Benjamin Fletcher, has been rocking the Australian music scene for the better part of 20 years.

It started with a Kiss

In fact he first hit the stage as a 15-year-old in the mid 1990s with Sydney rock band Bluebottle Kiss, before finding his place as a member of the Devoted Few and as a musician in Sarah Blasko’s backing band. Quite the resume indeed.

When asked about his early incarnation of being swept up by the Devil’s music at such a young age, Fletcher offered up his memories with a little bit of nostalgic shock.

“I remember being so young I had to be snuck in and out of venues to play. My first show I played a borrowed bass from a friend of a friend. I just jumped around the stage the whole time and at the end of the show the singer, Jamie, tackled me to the floor and my lead broke off inside the bass,” he tells Australian Times.

“To get the broken jack out of the bass I put it to my mouth and pulled it out with my teeth cutting my lip and blood went everywhere. I gave the scuffed bass back the next day covered with dried blood. It was all very rock.”

From Janet Jackson to Sonic Youth

Like most musicians, there was a moment that drew him into the path of music.  However, unlike many where it happens pre-band days — hearing a chord change at a tender age, Fletcher literally learnt on the job. He went from listening to Janet Jackson and country music one week, to playing in a rock ‘n’ roll band and soaking up Sonic Youth then next.

A moment, he said, that changed his life.

“As you can tell by my musical taste I didn’t really have any aspirations to be a musician. I was so young I didn’t know what I wanted to be or do.

“But when I started to rehearse and play those first couple of shows it really was like a lighting bolt hit me. I suddenly knew what I wanted to do for the rest of my life.

“I quit school, we got signed and toured lots. I was like a musical sponge. I would listen to and devour everything and anything I got handed by my band mates. The next thing I knew I was a grunge rock tragic with long purple hair and 16 hole Doc Martins.”

From his outings with Bluebottle Kiss Fletcher went on to start his own band, The Devoted Few. This forayed into an association Sarah Blasko, and in turn Darren Hanlon, before Fletcher was ready to take that leap into performing his own solo music.

“I’ve been writing songs since I first started out but they were all rubbish until 2001.

“Sarah is a real inspiration to me. Her dedication and obsession with her art is intoxicating for me.

When it came time to making his debut album Upon Ayr, Fletcher looked to these Australian greats to make his album perfect.

“Paul Kelly said to me he never demos his songs. He records them and they are what they are. That really changed my view on what my solo album was to me.

“All my songs that I thought were just demos turned out to be finished album tracks, just like that. Sometimes you don’t know what’s right under your nose until a legendary songwriter inadvertently tells you.”

Whatever advice he seemed to take certainly worked. Written over two years while on and off tour with Sarah Blasko, Upon Ayr is a very good piece of music and well worth a listen. With its well thought out lyrics and catchy melodies the album hones into the current style of indie folk pop, while showcasing its own sensitivities and the unique individual personality of its creator.

“Most of the themes are about home, and what home is to me. It’s also about movement, and the fear and uncertainty that comes along with upheaving everything and moving to a new country.

“There’s lots of nods to my favourite writers in Kerouac, Thomas Wolfe (not to be confused with Tom Wolfe), Steinbeck and Roald Dahl. It captures pretty well where I was in my life and my head last year. The search for home and what that means, the transient whirlpool that is touring and the death of love which always fascinates me.”

Whatever comes next for this impressive young songwriter, who has shaken the hand of Paul McCartney before running away in fear, is in his own hands.

I won’t lie to you – he’s captured my attention with his album, his music and ability to craft some fine tunes, as well as his incredible personable charm and down right good blokeyness. And I’m sure the attention of many yet to come.

In the meantime he’s content to surround himself with London, play his music and enjoy one of his many pastimes – picking wildberries in Wormwood Scrubs.

Fletcher’s Upon Ayr is out now in the UK through Dramatico. Read the full interview Q&A with Fletcher here.

Listen to Don’t Breathe A Word by Fletcher: