Festival fever: your guide to the hot summer sounds

MUSIC FESTIVALS | In the UK and right around Europe, when the days get longer and cider becomes more of a pub staple than mulled wine, you know that festival season is on its way. And 2012 is shaping up to be a festival feast! 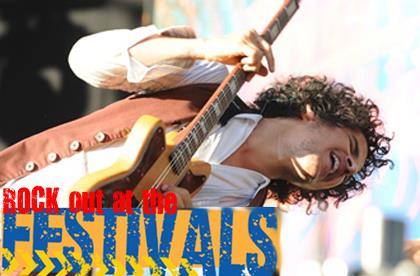 MUSIC FESTIVALS | In the UK and right around Europe, when the days get longer and cider becomes more of a pub staple than mulled wine, you know that festival season is on its way. 2012 is shaping up to be a festival feast and we have your complete guide.

It’s that time of year to dust off the tent, bust out the gummies (gumboots to those ‘wellington’ wearing Poms among you) and get out the oversized sunglasses because there is hardly a better time to be in Britain than festival season.

We hate to admit when the English do something better than us but hats off to them when it comes to a music festival. UK festivals are a summer tradition up there with Wimbledon and Pimms. They are as numerous as they are varied and even though there will be a Glastobury-sized hole in proceedings this year (it is that dreaded Glasto fallow year, where they give the mud at Michael Eavis’s farm a year off), don’t be dismayed for there are so many other gems out there that it is almost too hard to choose from.

Maybe you’re pumping for Hard Rock Calling in Hyde Park? Or itching to get your rock on at Download? You have possibly even said ‘sod you’ to UK festivals and have your flights booked to Bilbao for BBK?

Whatever your musical poison is – when the bands hit the fields and the stages this year, do yourself a favour and get out there. You’ll see a part of the world you might not have necessarily gone to; you’ll see some amazing music; you’ll meet new people; and you will soak up the awesome festival vibes. It’s something you will be talking about for years and will make you a lifelong festival addict.

So, enjoy the camping. Enjoy the atmosphere. Enjoy the inevitable showers and mud. But above all – enjoy the music. Rock on!