An Aussie. In London’s Royal Opera House. Sounds more like the plot for a comedy caper than for this winter’s hottest ticket in town! WILL FITZGIBBON caught up with Australian baritone Peter Coleman-Wright to talk Die Meistersinger and how you portray having a piece of plastic inserted where the sun don’t shine. 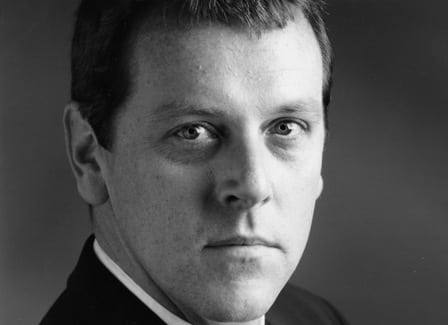 RENOWNED Australian baritone, Peter Coleman-Wright, does not have the air of a sour, narrow-minded stickler for the rules.

But that is precisely who Coleman-Wright is now in London to be.

All visible signs suggest that Coleman-Wright has well understood the direction; from the couch he draws himself up tautly and puckers his lips in an accurate physical representation of what a visa card in the wrong place can do.

This season’s appearance at the Royal Opera House is Coleman-Wright’s latest appearance in London after having cut his operatic teeth here as a highly-talented (if inexperienced) 21 year-old just out of the Victorian College of the Arts.

“I came to London in the beginning of 1980 with no credentials, no experience, nothing,” he remembers. “I just came straight here. People didn’t do that.”

He quickly reels off his biography as though moving from backyard cricket in Geelong to stages at Covent Garden, La Scala and the Met Opera was an unremarkable and inevitable progression.

Coleman-Wright’s British-tinged accent is evidence of a long life and career spent in the United Kingdom. Five years ago, however, he and his wife, fellow opera star soprano Cheryl Barker, and young son decided to buy a house back in Sydney.

But when it comes to singing, London is still Coleman-Wright’s destination of choice.

This is the first time Coleman-Wright has sung the role of Beckmesser and the first time for any Australian baritone in the wildly successful production by Graham Vick, which premiered in 1993 at Covent Garden.

Die Meistersinger is the story of two lovers whose unity is conditional on a singing competition organised by the girl’s father and undermined by conspiring wannabe warbler Beckmesser.

And while Die Meistersinger has been called Wagner’s “most melodious and accessible opera,” the role of Beckmesser is infamously difficult. It is a reality of which Coleman-Wright is well aware.

“It’s hugely challenging,” says Coleman-Wright, as he leans back into the couch, rolling his eyes. “I am enjoying it but I’m scared. I’ve never learnt anything as hard.

“Beckmesser is one of Wagner’s most famous characters. He is extremely complex.”

“He has no imagination, he’s a stickler for the rules,” explains Coleman-Wright before going on to find the most apt comparison – with an airport customs officer. “He’s fastidious and critical but not evil,” he says.

Despite its challenges, however, past form leaves no doubt that Coleman-Wright has the musical abilities to bring it off. One Sydney Morning Herald reviewer recently described the baritone from the Barwon River as being “quite adept at nastiness” on the operatic stage.

When nastiness is coupled with the voice of Coleman-Wright, however, London audiences are bound to find that all manner of sins may be forgiven.

Die Meistersinger is at Covent Garden from 19 December until 8 January 2012.