Fail puts Sam at the head of the comedy class

Two years ago Aussie comedian Sam Simmons had a bad day. A really bad day. It prompted him to write and the result is the award-winning and critically acclaimed one-man comedy phenomenon, Fail, he’s bringing to London for the first time. 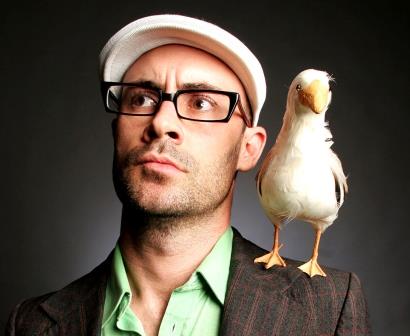 TWO years ago Aussie comedian Sam Simmons had a bad day. A really bad day. And it prompted him to write.

The result was Fail, the award-winning and critically acclaimed one-man comedy phenomenon he’s bringing to London for the first time.

“Have you ever not wanted to get off the couch?,” he asks, rhetorically. “Sometimes when you’re just like ‘oh shit, I just can’t do this anymore’. And you’re sitting down watching midday television going ‘what am I doing with my life?’.”

Simmons’ description of the moment most of us have in our lives proved to be a turning point for him, using his revelation as the motivation to create Fail, a show that’s been described as comedy genius.

And critics seem to agree. Somewhat ironically, Fail has picked up a swag of awards and been met with critical acclaim worldwide, success Simmons’ attributes to the show’s brutal honesty.

“Instead of just joking around for an hour, making cock jokes or making fun of someone in the crowd, Fail is pretty different,” he says. “But that’s because it’s honest and that’s why people really like it.”

Despite being a harsh assessment of one of his low points, audience goers shouldn’t be fooled by its somber inspiration. Simmons is one of Australia’s most daring comedians and Fail takes his unconventional hilarity to new heights. Simmons himself admits that Fail “hits audiences directly in the face” with its energy and absurdity.

“It’s stupid as,” he jokes. “I know the UK audiences will really like it because it’s absurd and different.”

Fail first shot to international prominence in 2010, and 12 months on Simmons is looking forward to performing the show to London audiences while it’s at its most polished.

“It took me a year to iron out so you guys are getting the best I can do,” he says. “I’m really excited, it’s going to be awesome.”

After his London performances, Simmons’ will return to the Edinburgh Fringe Festival with his new show, further proof that the international comedy circuit is beckoning. It’s a far cry from his previous job as a zookeeper, which he insists, is true.

After departing Melbourne Zoo’s elephant handling department eight years ago, Simmons made the switch to a career in radio. Over that time he’s become one of the most prominent personalities on Australian airwaves, thanks to his work as a host and resident funny-man on Triple J. One of his most famous stunts was a 24 hour non-stop broadcast, which included having a picture of a goat tattooed on his backside while on live radio. And he’s promising to show the tattooist’s handiwork to London audiences – if they ask nicely.

“If people yell out ‘goat!’, I’ll reveal the goat. That’s the only heckle you’re allowed,’ he laughs.

For those unfamiliar to the unique brand of absurdity Simmons brings to his live performances, the man himself can promise you one thing: nothing like you’ve ever seen before.

“And I can guarantee that. Because that’s what most people do, they walk away an go ‘f*ck, I’ve never seen that!’.”