INTERVIEW | Australia with Simon Reeve, a three-part series scheduled to premiere on BBC2 on Sunday night, follows the author and television presenter as he attempts to challenge the pre-conceptions that British audiences have about Australia, including bikies, dangerous wildlife and the Outback. 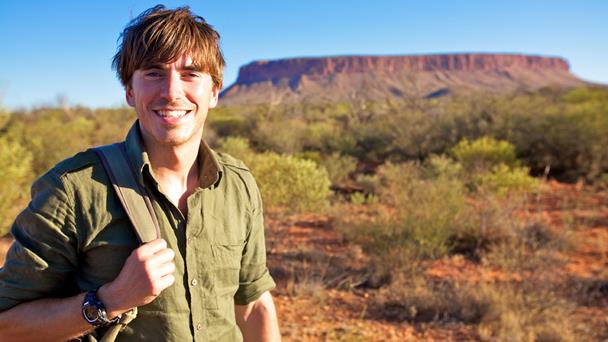 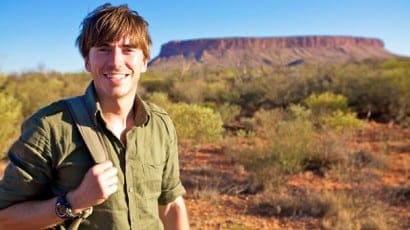 HE HAS trekked through Afghanistan, Kyrgyzstan, Kazakhstan and every other ‘stan you could possibly think of. He has explored countries in conflict and tropical paradises. He has even circumnavigated the globe following the path of the equator. In his latest adventure, British journalist Simon Reeve has taken on the task of investigating what modern life is like in the world’s most vast continent: Australia.

Australia with Simon Reeve, a three-part series scheduled to premiere on BBC2 on Sunday night, follows the author and television presenter as he attempts to challenge the pre-conceptions that British audiences have about Australia. Reeve told Australian Times that many British people do not realise how much Australia has changed, still seeing it as a “little patch of Europe on the other side of the planet.”

Reeve said: “Many Australians still look to Britain as the ‘old country’, and Europe as the ‘old continent’, but Australia is now an Asian country. Geographically, you can’t change that. In trading, Australia makes a lot of money in Asia. Australia has demographically changed. Asian people now make up ten per cent of the Australian population. Walking around Sydney or Melbourne and you could be in Kuala Lumpur or Hong Kong. I don’t think many Brits realise that.”

Reeve’s travels throughout Australia saw the journalist explore many of the unique aspects that make up modern Australian culture, from learning to live off the land with army trackers to spending time with the country’s first Muslim ladies Aussie Rules football team. He claims that the divide between rural and urban Australia is much less significant than it is in other countries around the world, with modern technology making rural communities increasingly less remote.

Reeve said: “Australia is a vast country, but it is very well connected. There is always a preconception that ‘townies’ have about country folk that they are different. Sure, there might be less fusion restaurants in rural communities and people travel longer distances, but they are not cut off. They still feel part of it, they are not as remote as in previous generations. Brits still think of Aussies as wearing cork hats, when in reality they are some of the most urbanised people in the world.”

Reeve told Australian Times: “The ongoing suffering experience by Australia’s first people is not disconnected from the resource boom, but there are much bigger problems. I went to Cape York, to Aurukun which has a reputation as a dysfunctional and troubled community. The suffering you see is just heart-breaking. I met an Indigenous woman named Gina Castelain, who is an inspiring future leader that is working with Indigenous communities to mine the area around them, and profit from the resource boom. 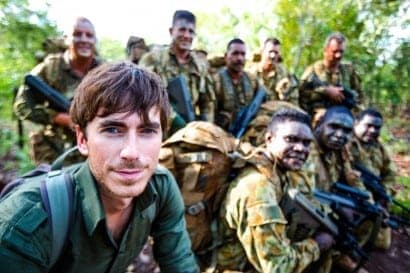 “In Australia the pendulum has swung from oppression — and in some cases annihilation — to self-determination which has now swung to intervention because the government realised that it hadn’t worked. From a British outsider perspective, the government isn’t moving quick enough to address the issues within these communities.”

Reeve told Australian Times that one of the most surprising experiences that he had while filming the documentary series was with outlaw motorcycle gang the Finks, who he says challenged his perception of ‘bikies’ as stereotypical “cartoon villains”. He said that outlaw motorcycle gangs were a major issue in Australian society, with the government unsure of how to deal with the increase in gang numbers.

Reeve said: “From a British perspective, I imagined a ‘bikie’ as a dad with a beard and the reality is very different. I pitched up to meet them (the Finks) and they are these huge, inked up and pumped up guys. But they were welcoming and very intelligent, which was difficult because I had imagined them as sort of cartoon villains.

“The problem is that Australia as a democratic country doesn’t know how to deal with them… so they have created these draconian laws that lead these gangs to let a poncy British presenter like me meet with them, they even have human rights lawyers working for them.”

The British presenter said that he had also had the “typical” Australian experience, getting up close and personal with the country’s unique wildlife. He dived with endangered blue fin tuna, and assisted a venom specialist in the extraction of toxins to be used in the creation of cures for a range of illnesses.

Reeve said: “There is one thing about Australians, you do go on a bit about your dangerous wildlife even though most of you will never see anything more than a spider in your life. You do like putting the fear of God into Brits.”

Simon Reeve is currently working on a new series in which he retraces the pilgrimages undertaken by his British ancestors, recently making the voyage from northern England to Canterbury.

Australia with Simon Reeve will premiere on Sunday night at 9pm on BBC2.