by Tess Lawrence
in Entertainment

TONY ABBOTT’S 2016 NEW YEAR’S HONOURS LIST has been found under a stained cushion on a sofa in the notorious Monkey Pod Room*.

The MP Room uneasily squats between the offices of Senator Peter Dutton, the Minister for Immigration Without Borders and Christopher Pyne, Minister for Spinnovation and High-Pitched Voices.

The list appears to be written in Tony Abbott’s handwriting although the shade of lipstick used (Kardashian Krimson*) is certainly unsuitable for his colouring.

Moreover, the list was clearly written when Mr Abbott was still the occupant of the PM’s Opal Office, given the analysed vintage of the wine stains on the document.

Last year, to widespread anger and ridicule, including from his own party, Mr Abbott reinstalled the antiquated ‘Knights and Dames’ system.

His appointees included the undeserving and indefensible knighthood conferred upon the Queen’s long-time rude consort Prince Philip AKA the Puke of Edinburgh, who already holds a plethora of titles not all of them publishable, even here.

But the Monkey Pod list clearly indicates a Mr Abbott typically undeterred by criticism of conferring peerages upon obviously more highly decorated royalty. He was also going to announce his list in the New Year rather than wait for Australia Day.

Nor had he confined titles to Australian honours, but in true ecumenical fashion, appropriated honours systems from other countries.

In defiance of the Prince Philip debacle, he had neatly bookended his allegiance to the Monarchy by intending to confer a damehood upon the Queen. (One wonders if, given the Queen’s recent refusal to grant him an audience after he was dumped from the prime ministership, whether Mr Abbott now would feel quite so inclined.)

Elizabeth II, Queen of Australia — made a Dame Commander of the Most Excellent Order of the British Empire for being Britain’s longest reigning monarch and for her ancestral endorsement of Terra Nullius. 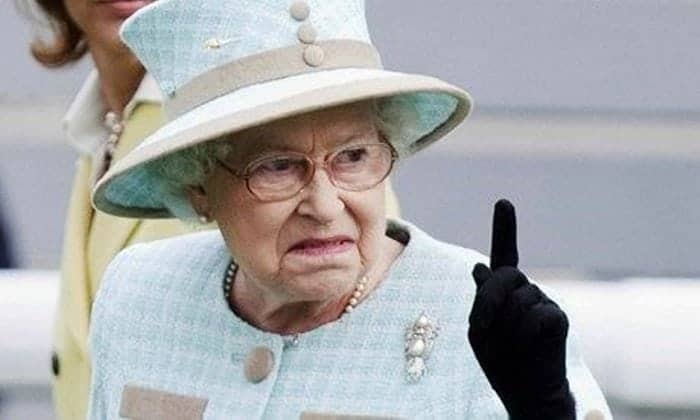 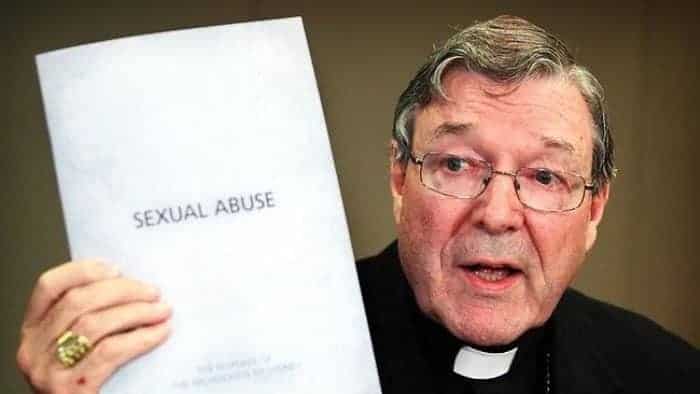 Gina Rinehart — Dame Grand Cross of the Most Honourable Order of the Bath for taking Julie Bishop, Senator Barnaby Joyce and Teresa Gambaro with her to India for the spectacular June wedding of Indian billionaire industrialist GV Kishna Reddy’s granddaughter in 2011. All’s well that ends well. GVK/Hancock Coal.

Peta Credlin – Lady Companion of the Most Noble Order of Mapungubwe for services to the media and political communications industries and for being “strong, determined, controlling”, and getting the Liberals and Tony Abbott “into government from opposition”.

Baroness Thatcher of Kesteven — Posthumously awarded Dame Grand Cross of the Most Distinguished Order of Saint Michael and Saint George for her political inspiration to Tony Abbott, societal restructuring and services to Peace and for singlehandedly winning the Falklands War, and for making Argentina cry for her merciless sinking of the Belgrano.

Senator Peter Dutton – Knight Bachelor of the Monkey Pod Table and (two honours) Noble Order of Wretched Suppositories for services to humanity, people smuggling and children of refugees and asylum seekers and for correctly identifying all members of the general public in Melbourne’s CBD district as potential terrorists, for inaugurating the crack paramilitary tactical response team amalgam known as the Austasi Border Force, for the patriotic Allegiance to Australia Bill 2015 and for refusing to comment on non-operational matters and for overseeing surveillance on subversive dissident and Greens Senator Sarah Hanson-Young, when visiting the refugee/asylum seeker prison on Nauru Island, for continuing Australia’s long-time tradition of employing people smugglers and paying them in cash.

Senator George Brandis – Knight Bachelor of the Monkey Pod Table and the Noble Order of the Golden Fleece for his services to jurisprudence and the preservation of freedom of speech, religion, the protection of civil liberties including the right to dissent and protest. 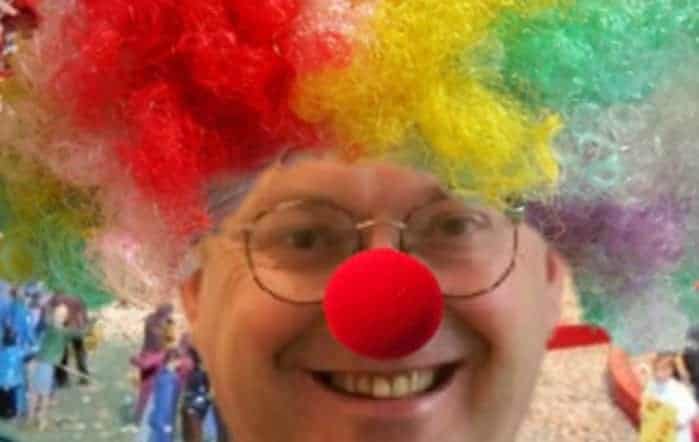 Alexander Downer — Knight of the Noble Order of the Garter for his services to Timor Leste in negotiating the internationally applauded contract for oil in the Timor Sea on behalf of Australia as foreign minister with honour and equity on behalf of both parties, for his subsequent impartial work for Woodside Petroleum and for his services to fishnet stockings and leopard print killer heels.

Kevin Andrews – Knight of the Most Holy Order of the Annunciation for perennial service announcements as a perennial prime ministerial candidate and for services to Grecian 2000. 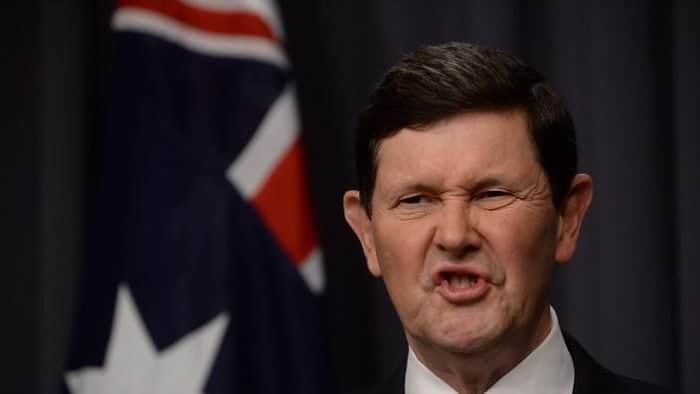 Bronwyn Bishop – Dame of the Noble Order of the Ermine for services to the rotorcraft industry and exemplary unbiased implementation of Parliamentary Orders when Speaker of the House and for kicking Labor butt.

Ian Macfarlane — Knight of the Order of Australia (the only one) for services to the preservation of  Mr Abbott as prime minister and for his tireless work on behalf of his own vested interest and for the betterment of his parliamentary superannuation scheme and for understanding that all Australians want him to remain forever in Parliament as a cabinet minister.

Rupert Murdoch, Prime Minister of News Corp, John Howard, Tony Blair, George W. Bush, former prime ministers of Australia, the United Kingdom and former President of the USA respectively, were all made Knights of the Noble Order of Saint Lazarus for their services in identifying Weapons of Mass Destruction (WMDs ) in Iraq, the subsequent liberating of Iraq; for bringing Peace to the Middle East and stability to the world and for their unparalleled services to military, political and historical revisionism. Mal Brough — Knight of the Noble Order of the Thistle for stinging services to the archival acquisitions of parliamentary diaries, notably those of Peter Slipper, former Speaker of the House and for the further enhancement of parliamentary ethics, setting an unimpeachable personal standard, for his unstinting cooperation with the Australian Federal Police and for the prophetic section “You Ain’t Seen Nothing Yet” on his website. Given that Mr Brough has just stood aside from the Turnbull ministry and Mr Abbott is no longer PM and these peerage honours no longer exist, we should at least acknowledge the latter’s knack for picking the best of the best from Team Australia.

Tony Abbott – In view of the hard work and thoughtfulness that has gone into this list, perhaps Prime Minister Turnbull might allow just one more knighthood, reserved for his grieving predecessor.

Tony Abbott surely deserves to be made a Knight of the Noble Order of the Elephant in the Monkey Pod Room. 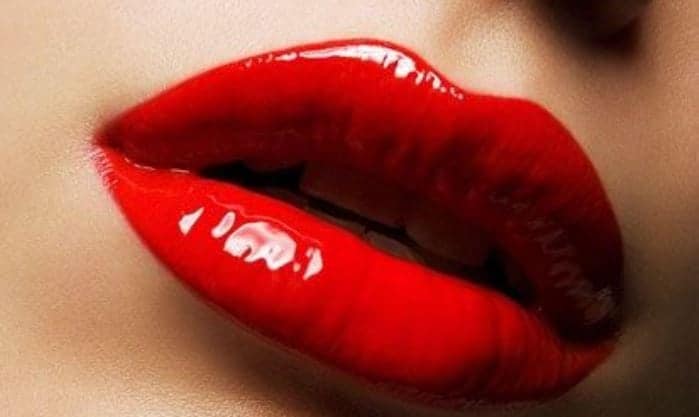 *Or these are just the sentimental post-New Year’s jovial musings of a Champagne scribe.

This article originally appeared on IndependentAustralia.net