by AAP
in Entertainment 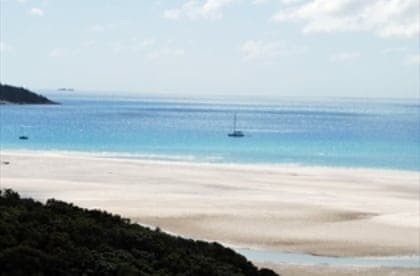 Three Australian beaches have been voted among the best 25 in the world.

A travel website revealed the winners of its ‘Travellers’ Choice’ award for beaches, based on reviews and ratings for beaches on the site in the past 12 months.

Whitehaven Beach on the Whitsunday Island was named the best beach in Australia and the South Pacific, with international travellers ranking it the fifth best in the world.

“We are very excited that the Whitehaven Beach (pictured) has taken out the top award and has been recognised as one of the best beaches in the world,” Whitsundays Marketing and Development Ltd chief executive Danial Rochford said.

Turquoise Bay in Western Australia and Cable Beach, near Broome, were the other two Australian beaches in the world’s top 25, coming in at number 20 and 22 respectively.

Baia do Sancho beach in the Fernando de Noronha region of Brazil was rated as the best beach in the world – with the South American country the only other, apart from Australia, to have three beaches on TripAdvisor’s top 25 list.

“For those dreading the start of winter, there’s really no better cure than an escape to one of these award-winning beaches,” the site’s chief marketing officer Barbara Messing said.

According to TripAdvisor users however, Bondi was not worthy of a mention in Australia’s top ten, despite overwhelmingly positive reviews on the website. Over 75 per cent of users rated the beach excellent or very good.

But beaches including Burleigh Heads Beach, Manly Beach and Cottesloe Beach all rated above the iconic strip of Sydney sand.