Dakota Johnson is making her debut in a period piece in a new Netflix film based on one of Jane Austen’s last novels Persuasion. 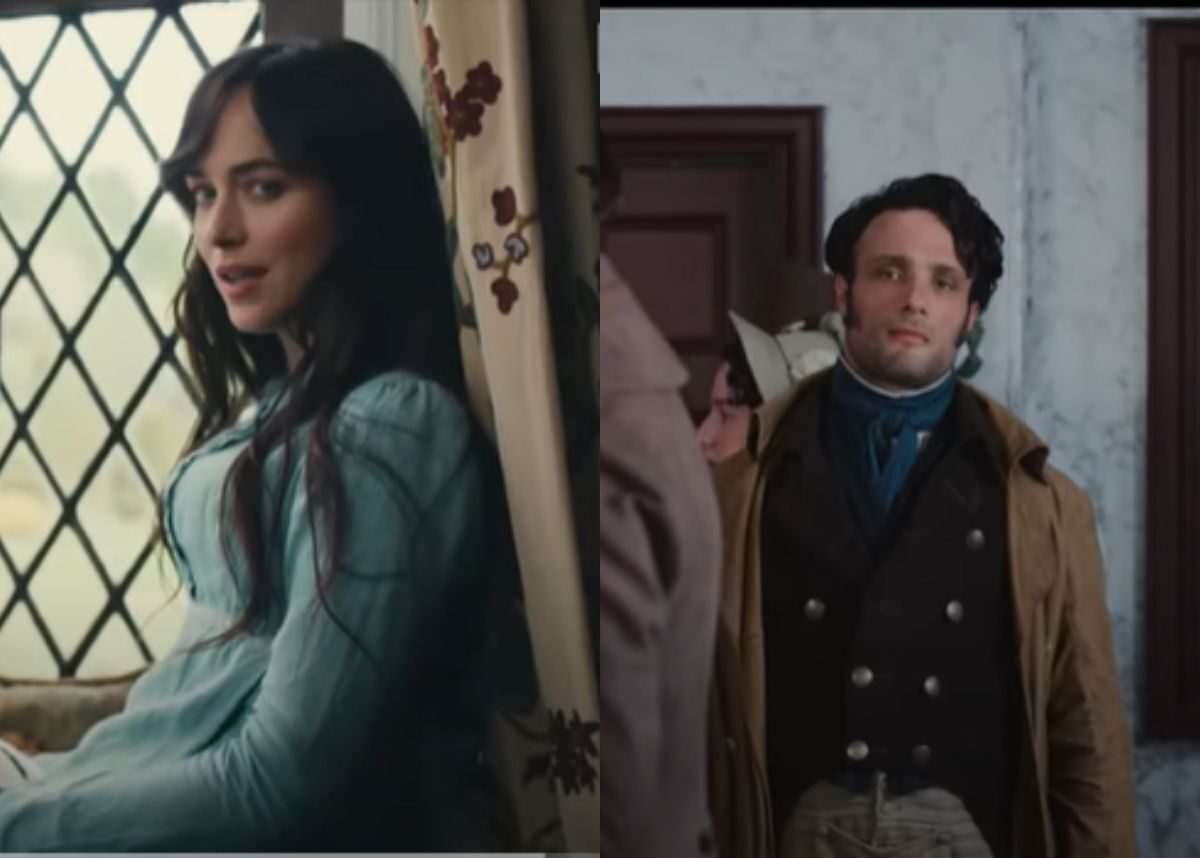 Persuasion is an exciting period piece that is based on a love triangle. This new Netflix film will be one of the many adaptations of the late writers’ novel.

Thus far, Dakota Johnson starrs as the main character who is swamped up in a love triangle after her love interest had left some years ago. This, stirs up some trouble as another love interest comes into the picture.

Now, period pieces are generally the good ones as we can barely tell what it’s like for a man to open a door for us in 2022. This film gives us an idea of what it is like to be a woman who is dependent on a man for survival.

In the past, marrying well was imperative to a good life and if you’ve ever seen anything Bridgerton had to offer, you will surely like Persuasion.

So far, the trailer shows Anne Eliot played by Dakota Johnson breaking through the fourth wall in that she makes direct contact with the character to address her audience.

While doing so, Anne shares that she had to give up the love of her life when she was younger because he was poor and had no connections. This of course refers to Captain Wentworth, who conveniently comes back into her life at the worst time.

If my observations are right, the two of them still have some lingering feelings for one another as Anne does share that she would never have given him up if it had not been for her father in telling her to.

Along comes Mr. Eliot who is rich and handsome as well as after Anne’s heart. What a difficult choice she needs to make between two handsome men. But, the obvious choice remains her old flame who she clearly still has feelings for.

According to Netflix Life, Persuasion generally depicts Anne as a sad girl. This time though, the film depicts her as a witty and fun individual which strays a bit from the novel.

Persuasion will be on Netflix by July 15th.