Budget 2014: It's more than just cuts to welfare, education and health you know ... 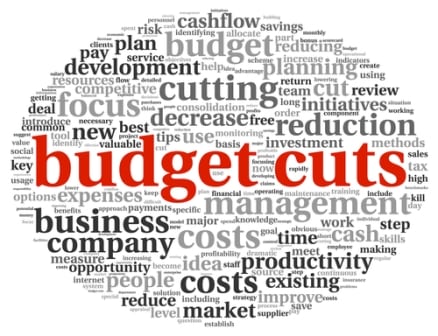 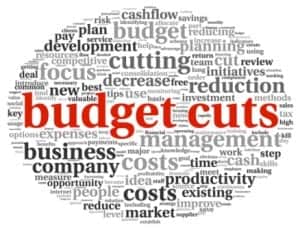 The Federal Budget delivered this week by Treasurer Joe Hockey has been described by some as a blood bath. News headlines used words like ‘slashed’, ‘shocking’ and ‘burned’ to describe some of the dramatic cuts.

While talk about cuts to welfare, education and health, the imposition of doctor co-payments and the deficit levy (nee tax) fill column inches, television screens and airwaves, Tony and Joe have managed to slip a few other nasties under the radar that will equally leave you gasping:

After reported comments that Treasurer Hockey found the wind farms near Canberra ‘unsightly’, Australians won’t have to look at many more of them as The Australian Renewable Energy Agency was dealt a massive blow of a required saving of $1.3 billion by 2017.

The National Anti-Tobacco Campaign has all but gone up in smoke with a planned $3 million funding scratch.

Three of Australia’s largest scientific organizations, the Australian nuclear science body, ANSTO, and the Institute of Marine Science will have to invent some cost saving measures as they, along with the CSIRO, have lost $111.4 million in funding over the next 4 years.  The CSRIO were the brains behind WiFi and Aeroguard.

Make sure you get informed about your human rights — pronto.  The new budget will be spending $3.5 million less on human rights education and will probably be sacking at least one human rights commissioner.

The small subsidy called the Clean Energy Supplement, which helps down and out Australians to pay their energy costs, have been reduced by: a word…  Although no funding will be cut, the supplement will no longer be considered worthy of being called  “Clean” and will forthwith be known only as; the Energy Supplement.

It’s up to you and your toothbrush to keep the tooth fairy happy… Australians will no longer have access to all the benefits of some of the major dental care schemes.  A massive budget cut of $634 million was announced.

8. Return to work for parents

The government would love to see stay-at-home parents of young children return to work as soon as their children reach school-going age.  However, Tony and Joe thought it fit to save $5.8 million by cutting a career advice program specifically aimed at parents returning to work after years at home caring for their young children.

Sensitive readers; look away…   Australia’s new budget will abandon the Animal Welfare Strategy on 1 July 2015.  This will result in an expected $1.1 million saving.

Australia is slapping the cupped hands of those needing foreign aid away.  Spending is being cut by $7.6 billion over the next five years.   This is the biggest single item cut announced in the 2015 budget! So much for stopping those boats at the source, huh Tony?