Can’t wait for the John Butler Trio to hit the UK in April? Till then, whet your appetite with these classic clips of JBT live. 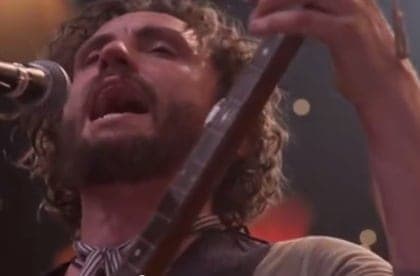 The John Butler Trio are back with a new album and are set to hit the UK with a live tour starting next month.

It pretty much describes John Butler Trio gigs too. And it goes without saying, JBT is best experienced live. Just as well then that John and the boys — including new drummer Grant Gerathy – are heading our way next month on their European tour, including a big one at London’s O2 Academy Brixton on 30 April, with the new bag of tricks and a whole swag of JBT classics.

“I have been really looking forward to playing these shows for a while now and to be introducing Grant with all his funk and flavours to all our fans is a real thrill. Grant, Byron and I have been having an awesome time fine tuning the new album and spicing up our old songs. We can’t wait to bring the love,” said John.

Neither can we, mate.

For details and tickets, go to SeeTickets.com

To get us in the mood then, here’s five of the best videos of the John Butler Trio doing what they do best — kicking it live.

JBT performed the hit Funky Tonight with our very own Queensland (nee Kiwi) cowboy at the 2007 Aria Music Awards.

JBT were scheduled to play at the Ottawa Bluesfest in Canada back in 2011when a storm hit. The stage fell down and the event was cancelled. The next day, Butler announced online that the band would play a ‘Guerilla Busk’ in Confederation Park in the city, which they did. Just brilliant.

Roll back to 2008. John Butler performing a lo-fi version of his classic.

Ok, so sorta live. Here’s John at The Compound — his studio in Fremantle.

The song takes us and Butler right back to the beginning. He first recorded Ocean for his cassette album which he sold while busking. It made its way from there to the debut studio album and then into fans hearts till this day as one of their favourite tracks at his live shows

John says of the song: “Ocean is a very interesting aspect of my life. It is part of my DNA. It conveys all things I can’t put into words. Life, loss, love, spirit. As I evolve so too does Ocean.”