11 incredible things you just have to do in Australia

From bridge climbing, to shark diving, to the southern aurora and the Devil's Marbles... Down Under is a wealth of awesome experiences just waiting for you.

by MoveHub .
in Entertainment

If you’re planning to visit or moving to Australia any time soon here are the top 11 things team behind MoveHub is suggesting you to do while being out there. 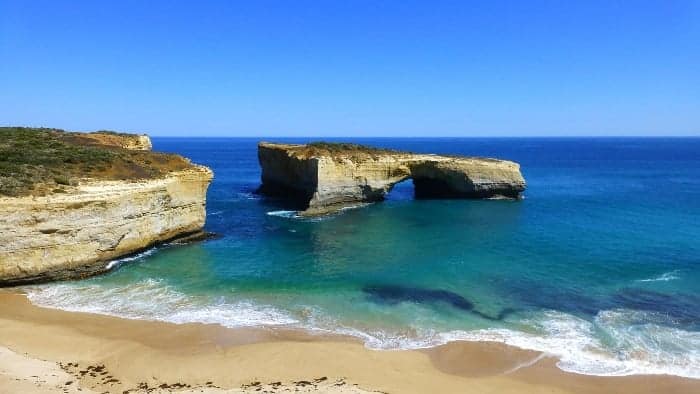 Undoubtedly one of the most beautiful road trips you could ever take, the Great Ocean Road runs 243 kilometres along the south-eastern coast of Australia between Torquay and Allansford in Victoria. On this trip you’ll see rainforests, beaches, cliffs and famous limestone and sandstone rock formations, including the famous Twelve Apostles.

2) Watch the sun set at Uluru 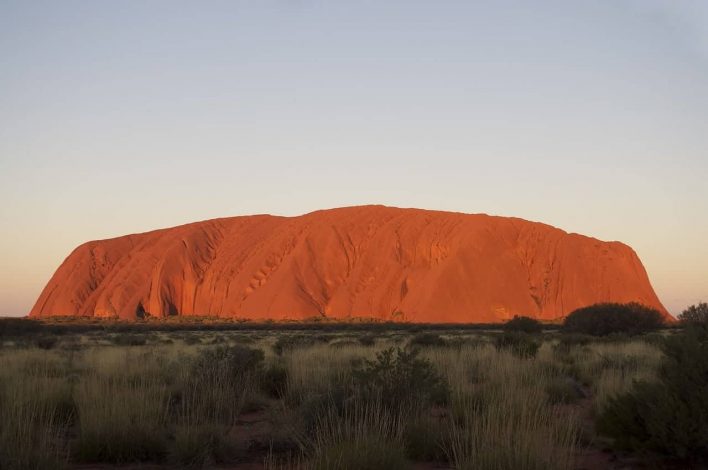 One of Australia’s most famous natural landmarks, Uluru, is the icon of the Red Centre, rising up out of the desert. The trail around it is well worth doing and although you can climb it, its traditional Owners, the Anangu people ask tourists not to for cultural reasons. Instead, sit back and watch the sun set and the rock turn through different colours from pinks and oranges and deep red.

The Great Barrier Reef has suffered extensive coral bleaching so Nigaloo Reef is where it’s at. And you can snorkel with whale sharks (top image) – gentle giants of the ocean that grow up to 12m in size. As far as wildlife goes, it’s an unrivalled up-close-and-personal experience of a lifetime.

This unique opal mining town was the backdrop of the original Mad Max movies and with its almost post-apocalyptic scenery, it’s easy to say why. Located in north South Australia, the temperatures here are extremely high so almost all of the houses and buildings, including churches and pubs, are underground. Take a tour of the opal mines, fossick for gems and explore this subterranean town.

5) Take a selfie with a quokka Dubbed the world’s happiest animals, quokkas are small, smiley-faced marsupials indigenous to Rottnest Island off the coast of WA. They are very friendly and abundant, so hop on the ferry, soak up the beaches and get a pic your friends will be envious of.

Tasmania’s equivalent of the Northern Lights, the Southern Lights visible for a great part of the year in areas with few mountains and greenery and no light pollution. Watch the heavenly angels dance in hues of green and blue on a still night, like their northern cousins.

7) Sail a tall ship through the Whitsundays

At the heart of Great Barrier Reef in Queensland lie dozens of beautiful islands and a unique way to see them is aboard a tall ship. While they are based on vessels more than a hundred years old, complete with sails and wooden decks, they have all the mod cons and a few days’ sailing should give you great sea legs.

8) Ride a camel on Cable Beach

Cable Beach in Broome is one of Australia’s best, with miles of perfect white sand. As dusk approaches, setting off for a coastline trip on camel to watch the sunset tops off a perfect day. There are also remarkable dinosaur tracks at nearby Gantheaume Point that can be seen during low tide.

9) Marvel at the Devil’s Marbles

The Devils Marbles – or Karlu Karlu as they are known by the local Warumungu people – are a big collection of huge, red granite boulders, balanced in gravity-defying positions across a large area just like giant marbles. These fascinating natural structures have to be seen to be believed.

If you want a close encounter with the world’s largest predatory fish, then viewing great white sharks in their natural habitat is a must. Depending on how brave you are, you can either watch from the safety of the boat, go underwater in a sub or for the real thrill-seekers, take on a cage dive. 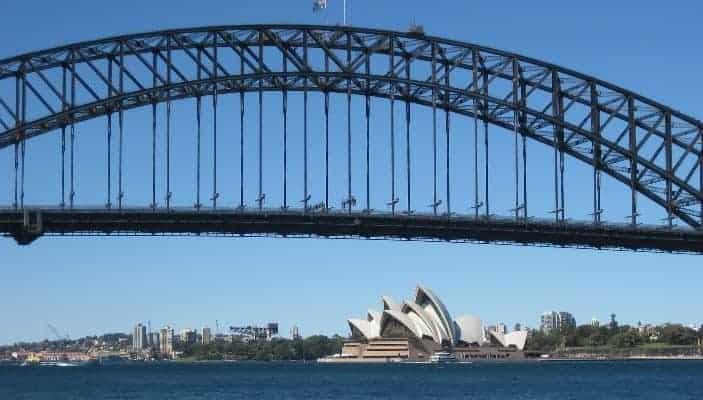 If you don’t have a fear of heights and are relatively fit, the panoramic view from the top of the Harbour Bridge is spectacular. There’s really no other way to see the Harbour, famous Opera House and city and surrounds but from the top of a Sydney icon, 134m above sea level.