Donavon Frankenreiter, will perform tracks from his recently completed fifth full-length album Start Livin’ at the O2 Academy Islington in London on 10 August.

by Jackie Lampard
in Lifestyle 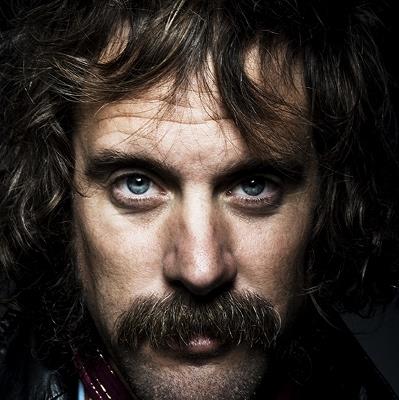 The follow-up to 2010’s Glow, Start Livin’ is a nine-track selection of folk-infused songs that sweetly reflect the simplicity of their recording.

“Most of the songs are about my wife and our two boys, and the life that we’ve built together in Hawaii.”

Having toured with Xavier Rudd earlier this year, Donavon Frankenreiter employed a similar instrumental style which added to the record’s playful feel.

“This album’s completely unlike anything I’ve ever done before, in that we skipped the basics and went for a whole lot of different instruments,” he says.

“We never brought in a drum set–instead there’s hand clapping for percussion, or the two of us banging on pots and pans. We were using everything from bells to singing bowls to Zippo lighters; at one point we put some beans and salts in a can and shook it around.”

Frankenreiter’s long-term bassist and co-producer Matt Grundy played a key role in the wildly varied sounds on Start Livin’, according to Frankenreiter.

“Matt was playing ukulele and lap steel guitar and banjo–he’d grab an instrument and we’d do a take live and just build the track up from that. It was a real fun vibe.”

Donavon Frankenreiter is set to play London’s O2 Academy Islington on Saturday 10 August. Tickets are on sale now for £15 (+ bf) from Livenation.co.uk or Ticketmaster.co.uk.