Sydney artist Del Kathryn Barton has won the Archibald Prize for the second time, this time with her portrait of the actor Hugo Weaving. 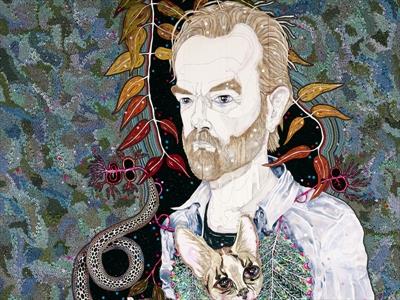 SYDNEY artist Del Kathryn Barton has won the Archibald Prize for the second time, this time with her portrait of the actor Hugo Weaving.

Barton thanked “beautiful Hugo Weaving” for his generosity, describing him as an Australian cultural treasure, after the announcement was made on Friday at the Art Gallery of NSW.

This is the artist’s fourth time in the Archibald Prize, which she won in 2008 with a portrait of herself and her two young children.

Weaving is well known for the films Matrix, the Lord of the Rings trilogy, The Adventures of Priscilla, Queen of the Desert, as well as many stage productions.