Death of a Soldier – A Mother’s Story

REVIEW | Margaret Evison's Death of a Soldier - A Mother's Story is a book that needed to be written. It goes beyond the headlines and strips away the veneer to show what it is really like on active service in Afghanistan, and just as importantly, the mother of one.

by Simon Kleinig
in Lifestyle 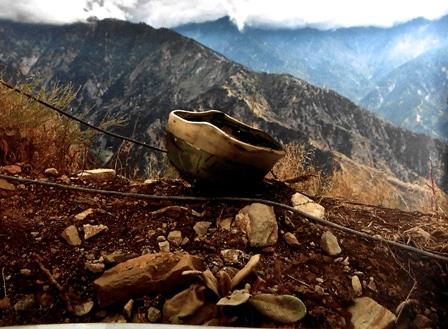 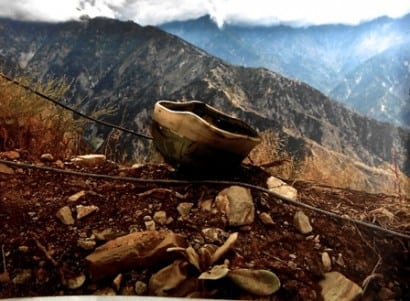 THE very title of this book immediately stirs emotions and for many of us it is a path we would prefer not to follow. But Margaret Evison’s Death of a Soldier is a book that everyone should read.

An Australian who moved to Britain in her twenties, Margaret retains close links to her native country through regular visits to her family in Melbourne and Sydney. Her son, Mark, carried dual passports and spent some time working as a jackeroo near Hay in New South Wales before serving with the Welsh Guards as a platoon commander. Lt Mark Evison died from wounds sustained in a firefight in Helmand province, Afghanistan, four years ago.

Death of a Soldier – A Mother’s Story is a book that needed to be written. The war in Afghanistan often seems another world away and we need to be reminded of it occasionally. The politics of war and the arguments for and against it have nothing to do with the dedication and professionalism of the young men and women who serve their country. This book goes beyond the headlines and strips away the veneer to give the reader a sense of what it is really like to be a soldier on active service in Afghanistan, and just as importantly, the mother of one.

Mercifully, most of us will never have to experience the conflicting human emotions that accompany combat. The closest we ever come is through TV news footage and the reports of on-the-spot photojournalists. However, this book comes as close to conveying the atmosphere of soldiers reacting to a combat experience as you are ever likely to read.

Margaret Evison’s sparse, elegant writing style captures the very essence of her son’s life. She tells Mark’s story where it begins – with his birth, then takes us on a journey through his childhood, school years and into adulthood and Mark’s enlistment in the army. The circumstances surrounding Mark’s death are revealed through interviews with members of his platoon who were on the spot when he was shot, and the author rightly questions the efficiency of his medical evacuation and asks searching questions about the subsequent coroner’s inquest.

Margaret Evison’s book is never prejudiced or bitter; it shows remarkable poise and balance to the final page, but it also asks important questions that need to be asked – and answered. Above all, this book serves as a tribute to her son and a celebration of a life in full flight with all its hope, potential and optimism captured in a way that many of us, should we be permitted the privilege of a long life, will never experience.

Margaret Evison will be launching her book at the Annual Legacy Reception at Australia House on Thursday, 13 June 2013 at 6pm. Margaret will have copies of her book available for purchase and signing. For enquiries contact: [email protected].

Death of a Soldier – A Mother’s Story is published by Biteback Publishing. A once only special offer of the book is available to Australian Times readers at only £9.99. Visit: www.bitebackpublishing.com/promotions then enter the code AUSTRALIAN TIMES (all in CAPS and with a space) to be taken to a page offering that price.