INTERVIEW | Australian comedian David Quirk describes himself as a ‘veteran up-and-comer’ on the stand-up circuit, and is only now starting to receive the international recognition he deserves. His new show, Shaking Hands with Danger, is on at Soho Theatre 10-14 September. 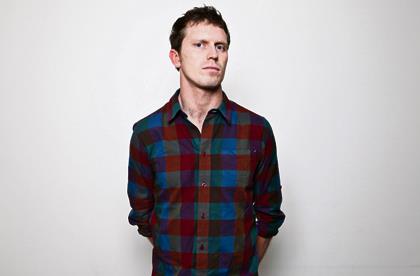 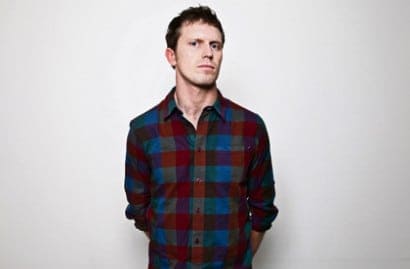 IT’S not very often that a comedy show comes along that claims to not only make you laugh, but to also be unforgettable. The Comic’s Choice Award winning Australian comedian, David Quirk, offers that and more with his latest show, Shaking Hands with Danger.

“The show is not forgettable,” Quirk assures Australian Times. “[Audiences] may hate the show, but they won’t forget it.”

Quirk, who considers himself a veteran up-and-comer, has been enjoying rave reviews from numerous critics, including Richard Watts from The Age who describes his performance as “both funny and philosophical, full of uncomfortable truths, black humour, and brutal honesty.”

Quirk agrees that he falls in with a new era of Australian comedians making a name for themselves internationally, even though he is older and has been performing as a stand-up comedian for over a decade. It may be that the well-deserved recognition he is currently receiving didn’t come sooner because Quirk isn’t a big believer in networking and social media to promote his comedy. Sure enough, a Google search of his name revealed just a few reviews for his shows and a small selection of  YouTube clips, none of which posted by him.

“I just believe so much in live performance I guess,” says Quirk.

For what Quirk lacks with his online promotion, he certainly makes up for with his storytelling and performance on stage. So much so, that the Comedy and Cabaret Producer at the Soho Theatre, Steve Lock, scouted him to perform at the famed London venue.

“Steve came to a show and he liked it, and then we had what was probably too many beers, and he asked me to perform at the Soho Theatre,” Quirk recalled.

“The beers helped, but it was definitely the show that got him over the line.”

Quirk hasn’t spent much time in London in the past but he is proud to be here debuting his new show.  The show itself is connected to Man Date, a show that Quirk performed at the 2012 Melbourne International Comedy Festival and one that he is less proud of for various reasons. The two shows share similar themes, and a history of sorts. Had he been able to get permission from his ex-girlfriend to do his current show sooner, he would have debuted it in 2012, which he believes would have been a mistake.

“The show was undercooked then. I would have rushed it.”

He assures us however that the show is now steaming hot and ready to be served to London audiences.

Quirk describes Shaking Hands With Danger as “a true story about right or wrong, but mostly wrong.”

It has been over three years since an incidence of infidelity saw Quirk’s relationship come to an end, and in that time, he has had to consider whether it was in fact an accident or, as bad as it may seem, deliberate.

“Instead of dwelling on it, I decided to write a show about it,” Quirk explained. “It’s about the time I did something wrong and I’m openly talking about it.”

Quirk went on to describe the show as a “weird love story, gone wrong” and one in which the audience becomes involved, mostly to judge him.

If stories about infidelity aren’t enough for you, and you’re a fan of rock ‘n’ roll music, leather jackets and plane crashes, Quirk has those bases covered as well.

“I was once on a plane with Slash from Guns ‘n’ Roses,” he explained. “That was a very surreal experience, but you’ll have to see the show to find out what happened.”

Quirk reveals that although the show has been welcomed with open arms by audiences in Australia and now, the UK, it is not without its critics. He divulged one particular story of a reviewer from an anonymous Australian publication who gave him a poor review. The reviewer who slammed his story of infidelity was later exposed by a female friend to have been hitting on her, and others, prior to the show, all the while with his wedding ring in clear view.

“It can hit pretty close to home for some people I guess,” Quirk stated.

“Maybe that’s why he gave me the review he did. That, or he just thought the show was sh!t.”

Even if not quite everyone has loved his show, Quirk has uncovered his own love for the UK. With friends and fellow Australian comedians, such as Felicity Ward and Celia Pacquola, doing so well on the comedy circuit here, expect to see more of this darkly funny man in the northern hemisphere in the near future.

Quirk will be playing at London’s Soho Theatre from 10 — 14 September at 9pm. See Sohotheatre.com.