The world’s most bizarre Christmas traditions

Santa's evil twin. KFC and a romantic date (seriously!). Here's a look at these and a few other weird and wonderful ways different places around the world celebrate Christmas.

by Cohen Brown
in Lifestyle

Beach-side cricket, barbecues and Paul Kelly’s ‘How to Make Gravy’ on the radio – it could only be an Aussie Christmas. There’s no doubt our festive season is unique – but what about the rest of the world?

Let’s take a look around the globe at some of the oddest and most eccentric ways other cultures ring-in the merrymaking, that you may even encounter on your travels. 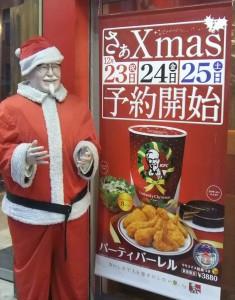 Whether it was The Colonel’s likeness to the jolly fat man in red or shared brand colours, during the 1970’s KFC marketing gurus succeeded in perennially hitching the fast-food chain to Japan’s festive season.

The finger-lickin’ Christmas dinner has become such a custom in Japanese households that families book reservations and place orders months in advance – no, really.

Christmas in the land of the rising sun is not just for families though – the holiday is also laced with romantic sentiment. In similar vogue to Valentine’s Day, couples express their affection for one another via gift-giving and dinner-dates.

In Sweden, Denmark and Norway gifts are bestowed by a mythical gnome called ‘Tomte’, who according to folklore is a forest-dwelling protector of rural households. 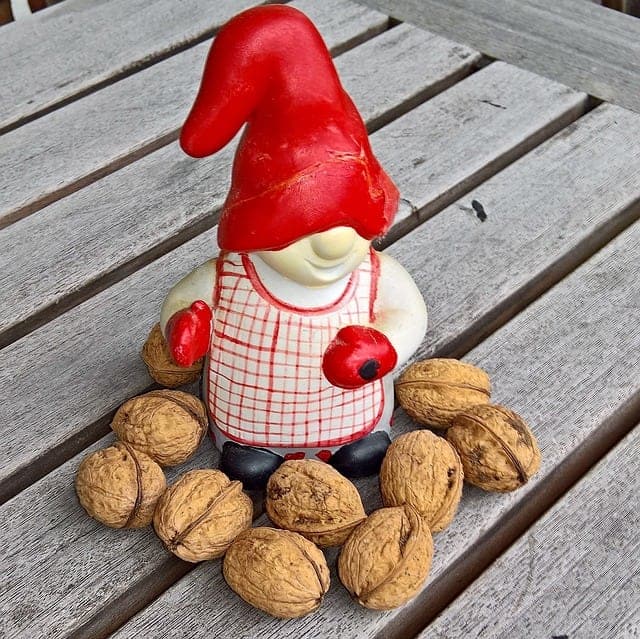 Tomte, or Nisse as he is also known, visits via the front-door rather than the chimney and may travel by horse, goat or cat.

In the Swedish town of Gavle, a 13-metre Yule goat is constructed in the village centre each year. Vandals torched the goat in Christmas 1966 when the custom began which started a trend of illegal copycat burnings ever since. The effigy has been set alight so many times – 26 in total – that bookkeepers even allow gamblers to place bets on the goat’s survival.

If coal in your stocking sounds harsh, spare a thought for kids in the alpine regions, who live in fear of a demonic child-snatcher called Krampus (also top image). 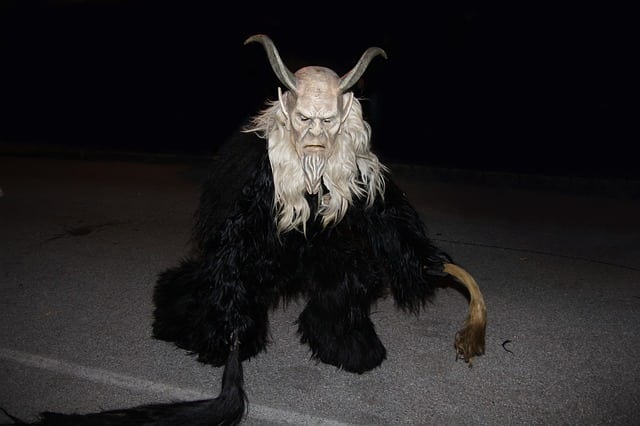 According to the legend, St. Nicholas looked after good kids while his evil twin Krampus dealt with the bad, capturing naughty children in a sack and imprisoning them in his lair.

Sound pretty grim? Then imagine the terror of Krampusnacht on 5 December, where men dressed as the goat-like devil storm the streets and whip spectators with sticks!

Venezuela – get your Christmas skates on!

South Americans are a convivial bunch so it’s no surprise that Venezuela’s ‘Navidad’ celebrations follow in lively festive fashion.

In Caracas, bell-chimes and firecracker-blasts rouse slumbering residents on Christmas day along with the choral chants of early-morning churchgoers. Streets are closed to make way for the stream of celebrants which includes hordes of kids (and grown-up kids) roller-skating and blading to morning mass. 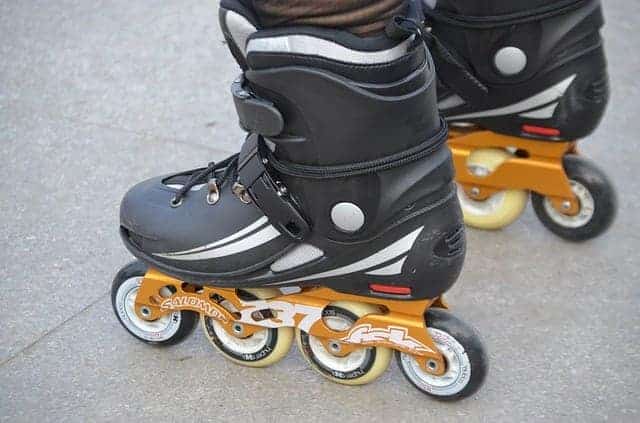 The night before, children tie one end of a string to their big toe then hang the other end out the window for passers-by to tug on in the early hours, waking them in time for the event.

Father Frost and Snowflake Girl may sound like crime-fighting superheroes, but to children in places like Ukraine and Belarus they are the gift-bearing icons of ‘Sviata Vechera’, or ‘Holy Supper’.

In Ukraine, festive season is heralded by the first star in the eastern sky, when families adorn dining tables with the ‘Didukh’ – a sheaf of wheat which represents ancestral spirits and future prosperity.

Celebrations culminate on 7 January (in accordance with the Julian Calendar) when some villages stage ceremonial battles in which townsfolk defeat demons as a symbolic victory of good over evil. The practice originates in ancient pagan folklore and is believed to be a harbinger of good fortune for the year ahead.

Wishing all our globetrotting readers a very Merry Christmas and a Happy New Year!