The CEO of the Opera: Exclusive interview with Craig Hassall

INTERVIEW | Aussie expat and newly-appointed CEO of Opera Australia, Craig Hassall, shares his career highlights, mentor’s advice and networking tips with MICHELLE MCCUE. He offers his advice to Australians in London trying to pursue careers in the Arts, and reflects on what makes Aussies popular in the UK.

by Michelle McCue
in Lifestyle 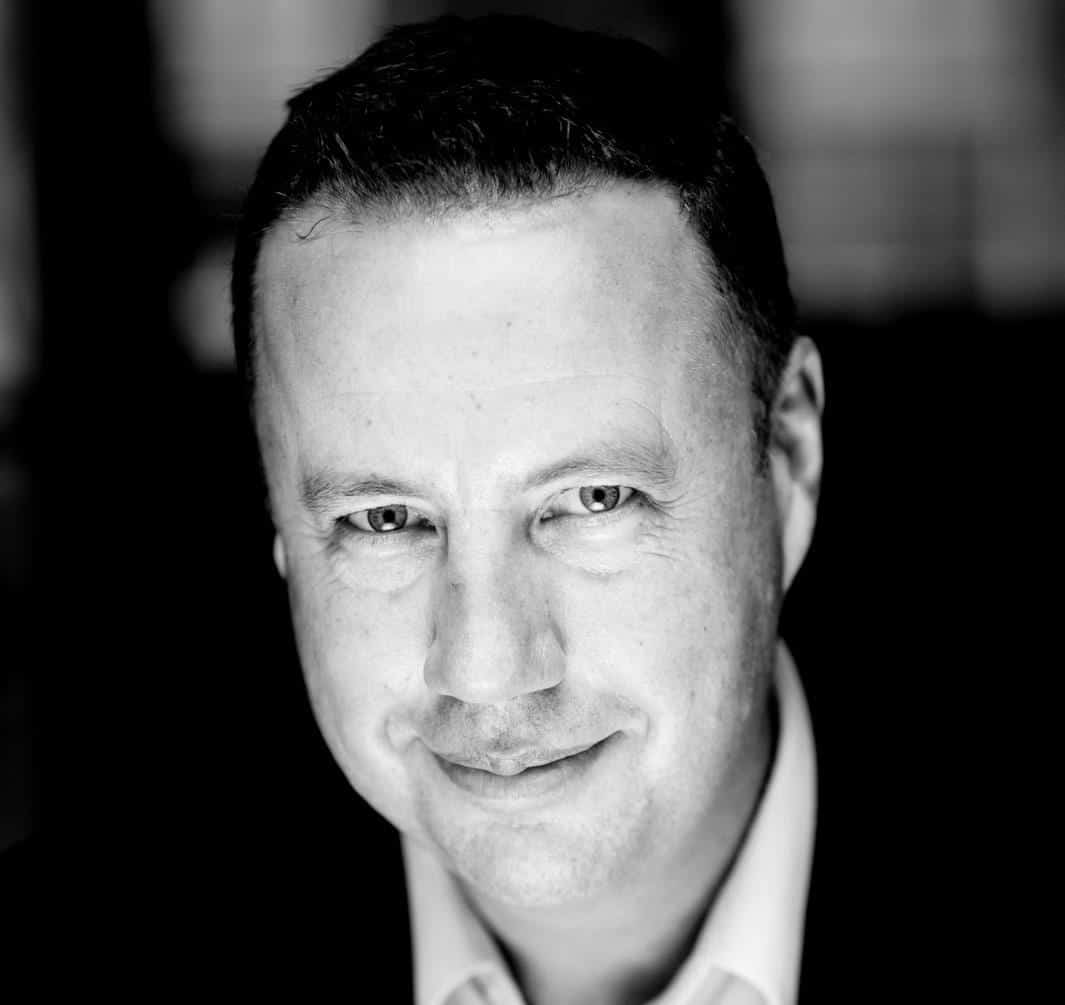 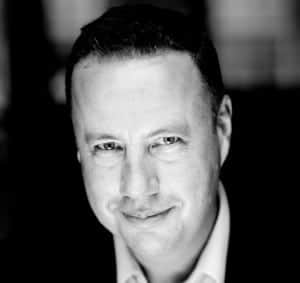 CRAIG HASSALL is a down-to-earth embodiment of the Aussie can-do attitude and openness, qualities which he himself attributes to the success of Australians living in the UK. Having recently been appointed CEO of Opera Australia after a stint in the UK which included heading up the English National Ballet, Hassall is well placed to comment on success.

Hassall says about the city that eight million people call home: “Somewhere like London knocks you down a few pegs.

“If you are feeling a bit grand about yourself, one trip on the Central Line at 8 o’clock in the morning will soon bring you back to earth.

“It has been quite a humbling place to be… so many people here achieve incredible things”.

This unassuming philosophy is from the man who will return home to head Australia’s largest arts organisation. The UK influence can be seen in Hassall’s vision for Opera Australia to become national without necessarily embarking on a “road trip”. He also foresees more co-productions, having learnt from experience that “the arts scene is truly an international one”, and will encourage “the possibility of British firms having a higher presence in Australia in terms of sponsorship”.

Hassall’s journey to arts supremo began at age eleven with a scholarship to The Scots College in Sydney, where an inspiring English teacher went far beyond his obligations and organised outings to see contemporary dance, opera, ballet and theatre. This led to initial acting aspirations, but Hassall soon realised that there was no money for him in pursuing that path.  Instead, he gained a Bachelor of Economics from the University of Sydney and began as a Planning Coordinator at Opera Australia in 1987. Donald McDonald, who was head of Opera Australia at the time, became a life-long mentor and role model of “how to be a CEO”.

It was at this point he received invaluable advice; keep horizons wide and remain open to opportunities. Hassall began to contemplate a move overseas.

In 2005 he relocated to London to become Managing Director of the English National Ballet (ENB).  He explains: “I was headhunted for the job at the Ballet and I suspect that part of the attraction was my Olympics experience, because if you (only) have local experience, it is hard to translate that abroad.”

“Being an Aussie … there is a sense that we are quite can-do and seem to be perceived as up for anything.”

He embraced London life with zeal, trying to see every play, concert and exhibition until he realised that he did not have enough time or money to do so. Now he recommends joining whatsonstage.com for offers and previews; and signing up to “every email bulletin that you can”. Most importantly, he advises “jump in there” as shows sell-out quickly.

Hassall’s creative thinking was to enable the ENB’s participation in the tribute Concert for Diana in 2007 alongside Elton John, Lily Allen and Tom Jones, hosted at Wembley Stadium.  The concert’s organisers, Prince William and Prince Harry, were keen for the ENB to perform as the late Princess of Wales was its patron.

Hassall says: “Normally in ballet, we would say that this is impossible because we don’t perform in a stadium and we need a sprung floor … but we put our heads together and decided that this (opportunity) is too good to pass up.”

With imagination and drive, the ENB re-adjusted the choreography for a steel deck concert platform with linoleum and adjusted the dancers’ lifts to avoid “too much jumping up and down”.  The full ENB orchestra was brought to Wembley to recreate the magic of the ten minute Swan Lake finale for the concert which broadcast on the BBC.

This entrepreneurial spirit was honed during the Sydney Olympics.  Hassall recalls:  “There were a lot of people who were doing this for the first time.  There were huge expectations.

“A lot of the time (you were) flying by the seat of your pants.”

“You are only as good as your last meeting and your life before you came here is not so relevant. You can reinvent yourself; you can be whatever you want to be.”

His best career advice came from the then Lord Mayor of Sydney: “It is easier to apologise afterwards than to seek approval.”

Ten years later, the British working culture was to prove very different.  “Can I say this?”, he asks diplomatically, “it is a little bit more bureaucratic here”.

He was appointed Artistic Advisor to the London Olympics and found the checks and balances and layers of approval involved “a little frustrating at times”.  Although he was impressed by both Olympics cultural offerings, he felt in London that “it took a lot longer to get there”.

Hassall’s current role — Chief Operating Officer at touring promoter Raymond Gubbay — has taught him lessons for the future. “Raymond is incredibly vigilant about cost control and at the same time keeps prices as low as possible and has a very populist approach to presenting classical music and ballet.”

A further influence has been Tony Hall, the new BBC Director-General.  Hassall enthuses: “Every time I meet him, he always has time for a chat and he’s obviously hugely busy with all he does but you never feel that you are rushed along.” In fact, it is a philosophy Hassall seems to have personally adopted, as he has been patiently and politely answering all my questions even though our interview time has run over.

On his imminent return to Sydney to take up his new appointment, Hassall has learnt “to be confident in your sense of place, the importance of your identity”.  He adds “most people over here view Australia so positively — friendly people, fantastic work ethic, great landscape — so we as Australians should be capitalizing on that idea and not trying to be another Manhattan or Notting Hill. I’ve realised that you need to be very clear of your cultural assets.”

“Pretty much all the jobs that I’ve had in my career were through someone I knew. I wouldn’t be afraid to cold call people.

“I am always thinking how can I help you; how can you help me; how can we find a project that is mutually beneficial. And you have to kiss a lot of frogs metaphorically as well.”

“It can be daunting coming to a big city like London. You are only as good as your last meeting and your life before you came here is not so relevant. You can reinvent yourself; you can be whatever you want to be.”

“Be fairly open and incredibly honest. There is no point pretending to be someone you are not.”

On the Arts scene

“Volunteering is very helpful, providing advice to the industry, going along to industry seminars at (places like) the Arts Council. You have got to be actively involved. Just get to know other people in whichever way you can and it’s incredible how that leads to other opportunities.”

Employers appreciate “a sense of commitment, willingness, flexibility and leaping in boots and all. The Australian work ethic is really much appreciated in the UK.

“Being an Aussie, there is a sense that we are quite can-do and we seem to be perceived as up for anything. We call a spade a spade and that really serves you well when you are interacting with people here.”

“Keep your horizons-wide.  Don’t limit yourself just to the UK, look to Europe as well.  Don’t think that London is the be-all and end-all, you have major centres in the UK with brilliant career opportunities: Manchester, Salford, Bristol, and Edinburgh … These cities are bigger than most Australian cities.”

Craig Hassall on the importance of fundraising for English National Ballet: