Celebrities, spiders, tears and fears in the Aussie bush: Yawn.

It’s at #ImaCelebrity and all over my nightly ITV2, but for this Australian viewer, the UK reality TV phenomenon I’m a Celebrity, Get Me Out of Here should be trending at #ImaBoredViewerGetMeAwayFromThisMonotony. And I’m pretty sure I’ve seen bigger spiders in my bathroom. 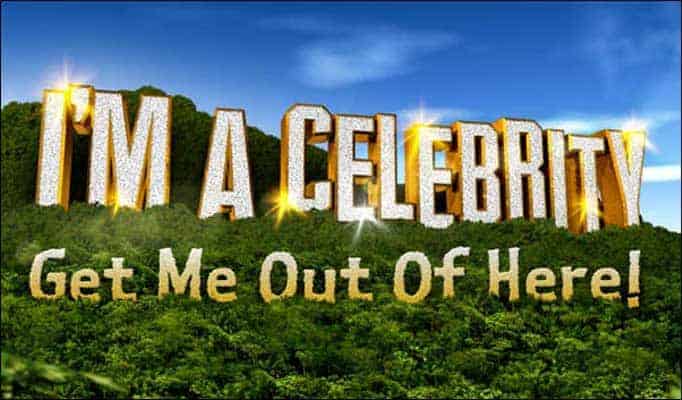 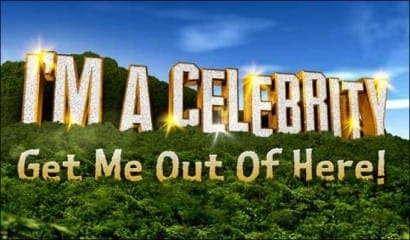 Yes, the use of quotation marks in this article is intended to denote a tone of sarcasm and/or disbelief.

THERE are some aspects of British culture it’s fine for Aussies to embrace when moving to the UK. Multitudinous cups of tea, turning translucent in winter, and Sunday roasts are amongst these.

There are some that are more questionable but borderline ok — such as the habit of adopting a faux English accent and peppering your speech with “darhling”, and “yo-gurt”.

And then there are some that should never, in any circumstances, be adopted — even if one is merely only doing so as a sociological study, in a vain effort to better understand the cultural curiosities of our new home and participate in those English office water-cooler conversations that otherwise seem incomprehensible.

There is really only one in this category, and that is the I’m a Celebrity, Get Me Out of Here bandwagon. An insipid, boring exploitation of Australian bush stereotypes playing on the overblown fears and reactions of a bunch of dullards wearing Akubra Hats and khaki cut-offs.

I lasted one episode.

For those not yet au fait with the concept of sending 10 living embodiments of the word ‘tumbleweed’ into the Australian “jungle” to variously be covered in cockroaches and then eat them, whilst still finding time to “shower” in the buff under a “waterfall”, then let me walk you through the first offering that screened on Sunday night.

With a “we say g’day” from the interchangeable hosts Ant & Dec (I will call them Dant) so it begins. Ominous shots of wriggling snakes, pouncing spiders, overhead shots of dense jungle, and crescendo music like the final scenes of an epic war film.

Except instead of a valorous charge into battle, we get Dant doing a virtual fistbump and making Dad jokes about David Cameron’s Xmas list as they introduce the contestants.

There’s all the usual soap opera stars: Blondie, the other blond and the older blond (Tell me, is there anyone still left over on Eastenders getting knocked up or accidently marrying their adopted brother?)

There’s a very old ‘Dr Who’ — no, not the oddly hot floppy haired one, but another one the producers dragged back from the edge of time in a tardis.

There’s the American ex pussycat doll (I think she was the one that got 2 seconds of airtime when Nicole was busy gyrating against a car mirror), the Boxer and the Darts player (not two sports that should generally be played against each other), the MP causing all that hoopla, and then there’s the one from Made in Chelsea that’s famous for being rich and posh and cheating on other rich and posh people.

Oh, and the “comedian” who emerges from his giant letter on the beach, spills his welcome drink, and then makes a joke to clearly no-one because he’s the only one there. Besides the waiter holding the lurid orange cocktail confection, but he’s quickly shafted to the side for a close up look at the spilled drink.

Blondie (the one with the cleavage) says she thinks she’ll struggle in the jungle because she normally can’t even brush her own hair. Perhaps her ample bosom gets in the way.

The older blondie struts out. And with her, cue first mention of Kangaroo penis. At this point would it be un-Australian to admit I had never really even thought about the fact Kangaroos had such equipment?

Boxer flexes, and admits he has a phobia of losing. Wow, that must be debilitating. Like agoraphobia, I’m sure.

Old Dr Who says he’s treating this like a fat camp. Except since all “celebrities” get an alleged £40,000 appearance fee, it’s a 3 week fat camp he doesn’t have to pay for. Old Dr Who is growing on me – that’s just good business sense.

Tory MP comes out to disparage David Cameron’s ‘posh boy’ connections, before proceeding to immediately establish her neighbourly proximity to, and social links with, the king of posh — Chelsea boy.

And then they’re off — racing around an “island” on their first “challenge” — finding a Helicopter with a GPS system. I’m sorry, excuse me? I face a harder challenge in London trying to get to a tube station using Google Maps. And I have to do it without cute matching yellow socks and a wide-brimmed hat.

Cue faux concern for health of old Dr Who, when his need for a sit-down and a cuppa seems to lose team 2 the race.

Team 2 head to ‘bush camp’ where they roll out their inflatable mattresses and thick swags, and allege the worst night of their collective lives because they had to listen to “the sounds of the Australian bush.”

Damn you cicadas. Damn you all to hell.

“Brutal” says posh boy. Really? More “brutal” than a Big Issue seller holding you up outside Mahiki Bar and you missing out on the last Verve Clicquot Treasure Chest?

Now helicopters pick them up and whirl them into the “jungle” where they must “trek” along clearly marked and signposted paths into camp.

Ahhh, but not before one team encounters …… dum dum dum ….. a wooden walkway across a valley. And the other, a leaky boat. 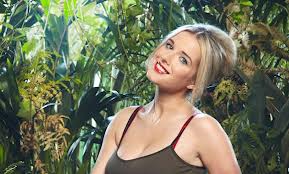 Blondie looks at the wooden walkways (albeit floating walkways) like someone has just announced they’re going to torture her pet Pomeranian in front of her.

Turns out: #firstworldproblems: walking across wooden walkways with a crew of 700 ensuring your every move is 100% safe with an elaborate harness and pulley system.

Actually #firstworldproblems: your mascara running right down to your chin whilst you’re doing it.

I feel oddly satisfied at this point, as I sit eating chocolate Hobnobs and judging.

I won’t even go back to the boat, it’s too dull.

At the point where the Boxer and the posh one battle it out for “food” for their team, I become mildly interested. Excellent, hungry celebrities always makes for better viewing.

Then, at the point where Dant announces the losing team will be “forced” to eat rice and beans I quit caring altogether.

I just ate rice and beans. For dinner. By choice.